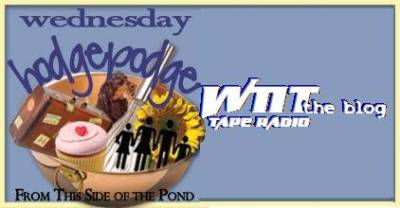 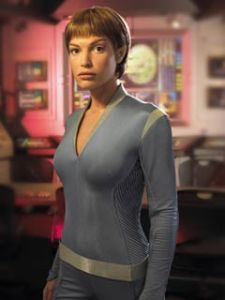 which marked the start of the final Space Shuttle mission. Should we continue to explore space? Should nations devote more or fewer of their resources to exploring space? Would you want to go into space if the opportunity arose? Most, if not all of the technology that we enjoy today (including the blogosphere and this fucking meme) are from the space program. It started with the transistor and is reflected with today’s computers, smart phones and the like. When people think we’re just photographing rocks, you realize that NASA has done a crappy job of PR. Otherwise, we wouldn’t even debate this. I think we’d get a lot more out of continuing the space program than fighting three unwinable wars. Hey, but that’s just me. Plus, how can we ever meet the Vulcans and Klingons if we don’t stay in space? So yes, I’ll go in space when I can meet T’Pol. 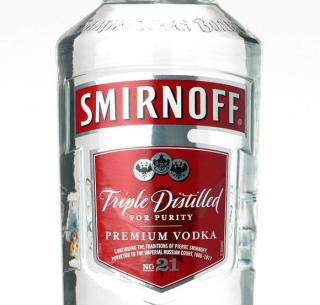 2. What are three things in your freezer? I see dead people. Seriously, there is Smirnoff and ice. And some frozen meat. But I don’t cook. Fortunately, I know people who do. Otherwise I probably would starve.

3. If you could see any band/artist perform live tonite who would it be? It has to be someone living…no Beatles, Elvis, etc. Shit. I can’t pick a dead band to preform live tonight? Suck-o question. I’ll go with So Long Davey. I’ll explain why in a bit.

4. Ice-cubed or crushed? Or are you one of those people who don’t like ice? One of those people? Really? Are you “A” Normal “B” abnormal or “C” weird. I’ll go with crushed here. Now that was insightful!

5. The owner of a small restaurant outside of Pittsburgh recently announced he was banning children under six, saying they regularly

disrupted other customer’s meals. You can read the story in more detail here but isn’t this a perfect topic to discuss in our Wednesday Hodgepodge? Have at it friends…what are your thoughts? Since it’s only my second time here, so I’ll pass on the “perfect question” aspect. I understand the owner’s dilemma. But you’d have to lose a lot of customers by carding somebody’s kids. I think you are better treating it on a case by case basis by specifically asking people to control their kids if they are out of control. Or he could simply get a gun and randomly shoot all kids that he thinks are under seven. Problem solved.

6. What was your first car? How did it come to be yours? I bought a 1962 Chevy Impala in 1967. It came to be mine by working, saving money and buying it. I burned it down within six months. (Drive in, liquor, cigarettes, girlfriend)

8. Insert your own random thought here. My son James was living with me in 2006 when he announced that he was moving to San Diego to find himself a rock ‘n roll band that needed a songwriter and guitar man. He

was 24. On Craig’s List he found a singer and front man named David Vaughn. The dude has pipes. James basically signed up to be the guitarist in his back-up band. The move surprised me a bit because David’s music on my space seemed too pop for James. James is an alternative guy. But, then something happened. David and James started writing music together. It gave the band a unique sound because of the blend of pop into the alternative. Instead of being “David Vaughn” the band became So Long Davey. They are still unsigned, but have played to open for bands like The Plain White T’s. They regularly play at The House of Blues in both San Diego and LA. In these past five years they’ve recorded incredible music. I’ve never seen the band live. I keep meaning to go to San Diego, but $$$ has held me back. To surprise James, David booked them two gigs on the east coast. Wednesday the 27th they are in NYC and Friday an hour down the road inn New Haven. I am stoked. Here’s a video of what could be their best song, Six Feet Down.

That is it for a Wednesday.
We will return with something
that is very profound. Or not.
Join us either way.
Same time. Same blog.
WTIT: The Blog