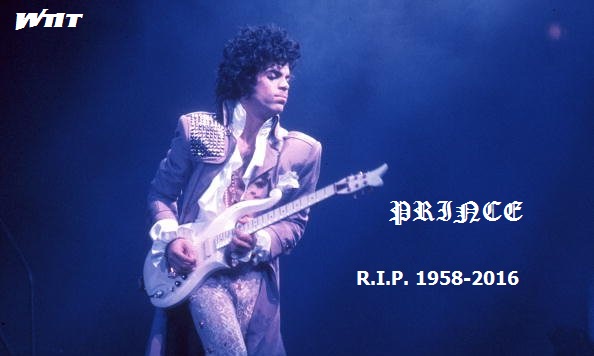 1) The subject of this song is frankly sexual. Do you blush easily? No. I’m more of the type who causes others to blush. When I was single after my second divorce in 1998, I went to a lot of singles dances. There’d only be a few really hot ladies. I held my own because I had the confidence to actually talk to them where most guys waited. It also helped that I was drinking Smirnoff on the rocks. But if that didn’t happen I would randomly sit down with a woman at a table and start a conversation usually about sex. One night a woman asked me what was most important to a guy on a first date. I replied (now remember I was drunk) “Whether they spit out or swallow.” Most women would have asked me to leave. She had that look of disapproval for a split second and then burst out laughing. We wound up seeing each other for a few months.

2) Prince was his real first name (Prince Rogers, to be exact). Growing up, his relatives called him 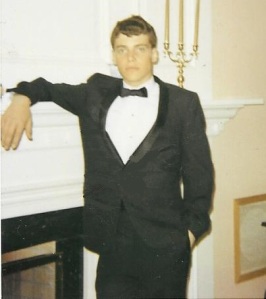 I recently found this pic. it was taken in May of 1967, the same month that WTIT was launched.

“Skipper.” Do you have any nicknames within your family? I think “Bud” covers it. I was called by my middle name until I was 7 because I’m a “Jr.” At 7 we moved and I started using my first name but never was comfortable with it. “Bernie” was my dad. When WTIT started I was 17. Since I became Bud Weiser my friends called me that whether we were taping or not. My mom picked up on it and asked if everyone should call me Bud. It was a rare empathetic moment that she had.

3) Prince said he was “obsessed” with Mozart and read whatever he can find about the composer. What’s the last book you read? I have no idea. I read at least two hours a day, but it’s newspapers online and such.

4) Between Prince and The Beach Boys, the Corvette is a much sung-about car. Tell us about your vehicle. When my dad needed a car in 2011 I helped him pick it out and negotiated with him. It was a Chevy Malibu and I loved it so much that

four months later I bought my own. I could only afford the lowest end car called the “LS”. Buying a new car was a stupid idea. I put too many miles on it for my sales job. When I did my taxes this year I could not believe the money that I spent on repairs. I decided a new car was in order. My goal was to find a 2015 with low miles on it. That alone saves that huge loss that you get just driving it off the lot. I decided to start with the same car. I loved that car but as I said, it was over. Car Max had a car that totally fit my needs and the ad said it was a “no haggle price”. I liked that so I set up an appointment to see it at 4 PM that day last month. It turned out to be a “LTZ” which was the high end version of my car with black leather, all the bells and whistles including a flat screen computer interface for music all the stuff that my current car didn’t have. The sales said

that if we went forward he would do everything. I drove it and fell in love. The offer on my car was a hundred dollars less than I owed. All things considered, I was happy with that. By 6:30 I was driving it with my “Bud 9” plate on it. The only downside was the 4.5% interest rate. My credit is excellent, so I knew I could do better. Connecticut g9oves you three days to renegotiate credit so I researched it and got a local credit union to finance it for 1.89%. My payments went down from the old car!

5) In the 1980s, when Prince was popular, MTV could turn a song into a hit. In 2016, where do you hear new music? I check out the music charts from Billboard and play the song on You Tube. If I like it, I add it to my computer’s iTunes. I never illegally download it but I don’ have to pay for it either. (It’s a DJ thing…)
6) In 1982, when “Little Red Corvette” ruled the airwaves, Braniff Airways shocked the travel industry and threw passengers into chaos by declaring bankruptcy. When did you last fly? Did your trip go smoothly? I’m flying for the first time this decade on Tuesday when I’m off to San Diego. My son James (who originally designed the WTIT.net site) has lived there for a decade and I’m finally going to see his universe.

8) 1982 is the year Cheers premiered. The sitcom was set in a bar where “everybody knows your name.” Tell us about your favorite local bar or restaurant. There is a high end local chain of Max’s restaurants. They all have different themes. One’s a steak house, another Italian, one’s a seafood place and so on. The bars are happening for the 35-60 crowd. The local on is Max’s Tavern. I met many a lady there including Kathy. But that was because she asked me where to meet. I did not realize that she was nearly two hours away and it was a week night. As you might remember that she was a fan of mine since the three years that I DJ’d at a club near her for three years. She had spent five years trying to find me. You can read about it here. http://articles.courant.com/2012-12-23/features/hc-love-story-1223-20121223_1_kathy-dance-floor-disco-fever

9) The 1980s were considered a highpoint in professional tennis, with Jimmy Connors and John McEnroe dominating the sport. Do you play tennis? No.

Wow. I was wordy today. I doubt that when I return Saturday night I will not be doing memes. So, I’ll see you in two weeks. Same time. Same blog.