On February 15th, 2006 WTIT: The Blog posted it’s first post. It has been a continual down slide from there.

1. Every woman who thinks she is the only victim of violence has to know that there are many more.
Do you know someone that has been a victim of domestic violence? No. But sexual violence? Yes. The lucky bugger.

2. I became obsessed with all these women who die never feeling they did anything extraordinary with their lives.

What woman do you feel has made a significant contribution to society over the last decade? Jill Hennessy. Not only was she the balls in Crossing Jordan, but also she has a great CD from last year. Damn significant, to me.

3. I have a farm and I love it there. There’s really nothing to do, but even watching the chickens, its fun.
Have you ever considered life on a farm (perhaps with a pig named Arnold)? No. Give me that hustle and bustle of Central North Connecticut any day. Trust me, there’s a thrill a minute here. 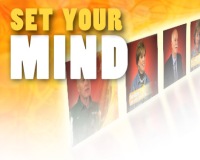 4. I proved to myself that if I believe in something and set my mind to it I could actually accomplish it.
Do you think that’s true of everybody in all situations? No. People who say shit like that make me want to hurl.

5. I really do love Diana Ross; I grew up listening to her records. I grew up in a little town in Mexico, so while we got the music, we never got the experience of watching her.

Who is you favorite Motown era artist? Levi Stubbs and the Four Tops.

6. I think it’s nice for women to try to be sexy for their man.
How much time to you spend getting “sexy” for a partner? I can drop my pants as fast as the next guy. Unless the next guy is Pee Wee Herman.

7. I’m good at working, but I’m very good at playing.
How do balance work and play in your life? With lots of Smirnoff. 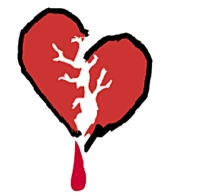 8. I’ve stolen a couple of hearts and they are in my private collection!
Do you think that you’ve ever broke someone’s heart? It occurs to me the this might have happened over the years.

9. My driving abilities from Mexico have helped me get through Hollywood.
Do you think that you drive well? Not really. But,  I’m an excellent putter.

10. Some men have a silly theory about beautiful women – that somewhere along the line they’ll turn into a monster.
Do you feel that someone’s looks has a lot to do with their behavior? Yes. Show me a beautiful 20-something lady and I’ll show you someone who’s been very naughty. I can handle it from here folks. See you for Dating Profiles.

Thank you putting up with us as we begin year 6 at The Blog!
We will return with Dating Profiles.
The beat goes on.
WTIT: The Blog will be back.
Whether you are ready or not.
Same time. Same blog.
WTIT: The Blog
Loading Comments...
Comment
×