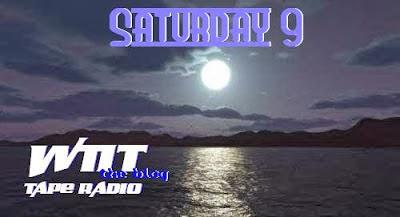 1) Is rain expected where you are today? No. But after a week of 70 and sun, we had rain and 45 this week. Some areas even got a rain, snow mix. That’s the weather. If you want me to do news and sports, you’re gonna have to pay me a fuck of a lot more.
2) In this song, Barbra Streisand warns everyone to not spoil her optimistic mood. What is something you’re feeling really good about today? My neighbor’s wife is back at it. He’s away tonight and can’t understand why I won’t come over. I’ve moved since THAT neighbor’s wife. This one is 80.

3) She sings that life is candy and the sun is a ball of butter. Which have you consumed more recently, candy or butter? Butter. I cook with it a lot. Last night was snow crab legs. I made a neat spicy garlic butter sauce to dip with. Oh, and anyone who this life is candy and sun is butter should go to rehab. But not before letting me try a sample.

4) This song is from the musical Funny Girl. It’s based on the true story of Fanny Brice, who starred on Broadway, in movies and on the radio between 1910 and 1951. At the beginning of her career, no one thought she would succeed because of her unconventional looks, but she forged ahead, saying, “I make things happen for me.” Are you focused, like Fanny? Yes. I was in my career. Now I’m trying to find post pandemic activities. I contacted a local theater group. After reading my letter (which contained a brief description of my radio & TV career) the president contacted me about doing some TV work for them. It could be cool. It could suck. But, you gotta try, like Ass did. I mean Fanny.

5) When the stage version of Funny Girl was in pre-production, the part of Fanny was offered to actress Anne Bancroft, but she felt the songs were too difficult for her. Singer Eydie Gorme dropped out when told her husband, Steve Lawrence, could not play the male lead. Carol Burnett said she’d love to do it, but also admitted she thought she was wrong for the role. Running out of time and options, producer Ray Stark decided to give lesser-known Barbra Streisand a try … and the rest, as they say, is history. Has there ever been a time in your life when you were glad things didn’t work out as you’d originally planned? Plenty of times. I turned down a job three times once. Finally, I said “fine, I’ll try it.” It was one of the best jobs that I ever had. 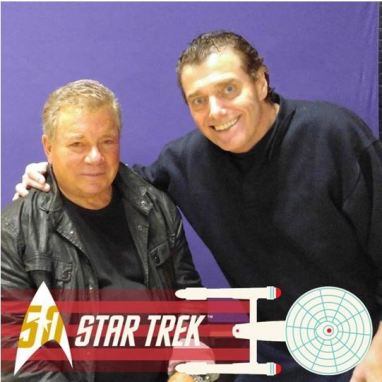 6) Funny Girl was the top grossing movie of 1968. #2 was 2001: A Space Odyssey. Given the choice, would you rather watch a musical or a sci-fi flick? Sorry Gal, this is easy. I HATE musicals. Love music. Love theater. But not together. I also love sci-fi. Particularly Star Trek.
7) Streisand’s favorite color is burgundy because it reminds her of when, as a little girl, she received a hand-knitted sweater as a gift and wearing it made her feel special. What color is your favorite sweater? On me? I don’t wear them. I like the look, but I feel confined in them. I’ll go with blue, to answer the question.
8) In 1960, she began performing in New York clubs but she had a hard time getting work because she was only 18 and most nightclubs wouldn’t hire a girl not yet old enough to drink. Do you remember your first legal alcoholic beverage? What did you have? No. I have no memory of it. Probably a screwdriver. I’ve always been a Smirnoff guy. My first illegal drink (at 17 – I was the last one to drink) was a screwdriver. I didn’t hold out because of morals or legality but rather I hated beer. I know ironic with my name. I don’t still hate it, but I seldom drink it.
9) Random question: How many people know the real you? Counting you guys? Everyone. I mean everyone I meet. Personality is a lot like lies. If you don’t show people the real you, you’ve got to remember what you’ve faked with everyone. That’s way too much work. I’m a what-you-see is what-you-get person.
That’s a wrap for a Saturday. We will try to do better the next time. Thanks for stopping by. See you next time. Same time. Same blog.
-30-
WTIT: The Blog
Loading Comments...