Spot It In Yourself

1) This song is about a cheating boyfriend. Unlike most songs, where the lover deceives by seeing another, this one squanders his girl’s financial resources. She sings that he’s ruined her credit. Do you know your credit score? Yes. It’s very good. Now does it know me?

2) How often do you pay your bills? Do you handle them as they come in, or do you pay weekly, bi-weekly or monthly? Or are you lucky enough to have someone else handle your bills? A lot now are auto withdrawals. The ones still mailed, I pay immediately but set it for the due date.

3) Destiny’s Child had a hit with “Bills, Bills, Bills.” This girl group got their start in Houston, TX. During

the recent, bruising storm, lead singer Beyonce sent food, money and water to her home state. Have you spent much time in the Lone Star State? Never. Would now be a good time?

4) Beyonce is the breakout star of the group and went on to have a highly successful solo career. Can you think of another star who began his/her career as the member of a group? Lionel Richie, Diana Ross, Paul Mc, John L, George H & Ringo S. Should I continue? 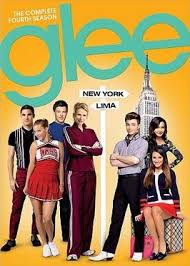 5) “Bills, Bills, Bills” was performed a cappella by the kids on Glee. That Fox show ran for six seasons. Were you a fan? No.

6) In 1999, when this song was on the charts, SpongeBob SquarePants premiered. The show remains popular among the younger set. Have you ever seen it? No. Man am I old. I do know the character.

7) SpongeBob has become an industry, spawning movies, a Broadway musical, video games and both coloring and comic books. Once considered children’s amusements, today coloring and comic books enjoy a following among adults. Have you recently enjoyed coloring or reading a comic book? No. I tried to watch the first episode of Superman & Lois, if that counts. I only made it halfway through it. I loved the character and read every comic, saw every TV episode with George Reeves and loved the Christopher Reeve movies. But it’s over now.

8) Also in 1999, Walmart expanded to the United Kingdom. Do you shop at Walmart? Only if there is NO other choice.

9) Random question (more random than Sponge Bob?)– We’ve all met people who aren’t exactly as they present themselves. Are you good at spotting a phony? Very. But it’s just as important to spot it in yourself. We all have our moments.

In an hour I am supposed to get my first shot! I’ll believe it when I hear those infamous words, “Little pinch”. Enjoy your weekend! We will return. Same time. Same blog.

10 comments on “Spot It In Yourself”