They Call Him God

2) Brothers Sandy and Bud consider a bottle-nosed dolphin, named Flipper, their pet. Do you currently share your home with any animals? You must remember my virtual dog Happy. We have such great

memories! He’s been by my virtual side since 2006!

3) Bud and Sandy’s dad was Chief Warden Porter Ricks of the fictional Coral Key Marine Preserve. In reality, the show was filmed in Miami and Key Biscayne. When were you last in the ocean? Which ocean was it? I visited San Diego three years ago. It was the first time I saw the Pacific Ocean. I haven’t been down to our beaches because my ex could not swim. Raise on the shoreline she hated beaches and seafood. I cannot wait for a lobster with The Queen. Soon. Before my expired date. 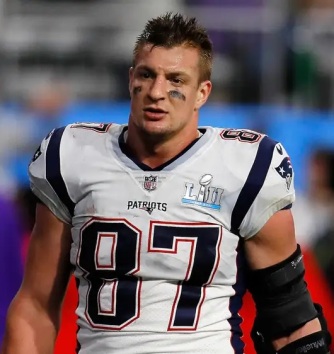 4) There was no one single “Flipper.” In close-ups, the role was played by a dolphin named Susie. While Susie was good at interacting with people, she had trouble with stunts, and sometimes a male dolphin named Clown was brought in for action sequences. Do you consider yourself more social, like Susie? Or are you more athletic, like Clown? In my world you can be both. You can be social & an athlete. I was the starting running back in high school. And trust me I was VERY social…

5) Without looking it up, do you know the difference between a dolphin and a porpoise? I believe they are two names for the same thing. If I am wrong at least I didn’t cheat & look ’em up… Now I have & I’d be wrong.

6) Flipper wasn’t just a TV pet. He was an industry! During the show’s run, Flipper comic books, coloring books and puzzles were very popular. As an adult, do you entertain yourself by reading comics, coloring, or completing jigsaw puzzles? Nope. I do memes and work on my music. I added a lot of Eric Clapton today. I had plenty, but I do a “greatest hits” search and found 12 songs I did not own. Now I do! They still call him”God”.

7) The Flipper lunchbox was also a big seller. It came with a Thermos topped with a red cup. Do you own a Thermos? Nope. (Great question BTW)

8) In 1964, when Flipper premiered, it was up against The Outer Limits and The Jackie Gleason Show. If those were your only viewing choices, would you watch the family show about the dolphin, the sci-fi anthology show, or the comedy-variety show? (Or would your rather flip through a magazine?) Jackie Gleason was the best at a comedy show. Not that I don’t like the other choices, but Jackie was special. The way Alan Alda was on M*A*S*H.

9) Random question — Which would you be more comfortable explaining: how a car engine works, the current IRS tax brackets, or the rules of baseball? Baseball. 9 innings. Like 9 questions. I cannot wait to watch The Bombers. And I’ll root a bit for my dad with the Cubbies.

I cannot believe that we still don’t have a national strategy on the pandemic. Trump cannot be gone soon enough… Hope your weekend is great. Today is my annual family summer party.  First time I am doing it alone. Nope, kidding. My daughter Heather’s husband is doing BBQ ribs My son Ben & his family are doing sides & desert. I had to by chairs & stuff because we normally get 10, but I think this year’s everyone said yes. It will be the first time my sisters see the new digs. I am both excited & scared. My sis Diane hated Kathy. So this their first time back in years. And we will see you again on the Tape Radio blog. Same time. Same blog.

15 comments on “They Call Him God”