Getting Naked in a Hot Tub

1) This song has an optimistic message about love: “It gets tough sometimes, but you can give it one more try …” Do you tend to take an optimistic look at life? It depends on how many ladies come to my annual “Get Naked with Bud’ in a hot tub 2020”. We had a great turnout last weekend.

2) In this song, Christopher Cross sings, “Time and time again 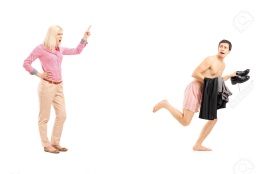 I see people so unsure like me …” Tell us about a recent time when your confidence could have used a boost. I’d say my third wife leaving with a day’s notice qualifies. Although I’m not in mourning. I don’t think. But you can ask the Queen. Can’t wait to see her when this is all good.

3) The Doobie Bros.’ Michael McDonald plays on this record. Do you have a favorite Doobie Bros. song? “China Grove”

4) Though no longer making hits, Christopher Cross still has loyal fans who attend his concerts. Time permitting, he spends time after each show signing autographs. Have you ever asked a celebrity for his/her autograph? Nope. Pictures with them but I don’t do the autograph thing.

5) Christopher Cross’ dad was an Army doctor stationed at Walter Reed Army Hospital in Washington, DC. With all the museums and monuments, our nation’s capital could be a great place for a kid to grow up … except sometimes we take the advantages of our hometown for granted. Tell us about a nearby museum, park, theater, etc., you’ll visit again when this period of crisis is over and it’s agreed that it’s safe to do so. It’s people that I miss more than activities.

6) In 1983, when “All Right” was popular, Flashdance was a hit in movie theaters and on the radio. What’s the most recent movie you watched? Most recent song you heard on the radio? I don’t listen to it. Just the 15K songs so gfar on my iPod. Right now its “I Am the Walrus”

7) Also in 1983, America West Airlines took off, flying between Las Vegas and Phoenix. They went nationwide in 2005 after they merged with US Airways. In 2013, they merged again, this time with American Airlines. Do you collect miles in an airline loyalty program? Nope. I don’t travel much.

8) Super Mario Bros. debuted in 1983. Can you name gaming’s most famous siblings? I’ve played that or any games since the 70s.

9) Random question — Under hypnosis, you discover you lived three past lives. In the first, you were wealthy beyond your wildest imaginings, thanks to a loveless marriage. In the second, you were a star on the roller derby circuit who had earned the nickname “Smasher.” In the third, you were a brilliant mathematician who worked your way through school as an exotic dancer. Which of these would you find most shocking? Alas, I like to wealth thing and I’d have a hot girl on the side…

Hope you are health and as happy as one can be now. We’ll return. Same time. Same blog.

5 comments on “Getting Naked in a Hot Tub”