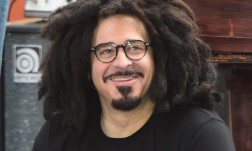 1) As 2019 kicks off, what are your hopes for the brand new year? A long December and there is reason to believe that maybe this year will be better than the last. (Apologies to Adam Duritz.)

2) Just because an item isn’t brand new doesn’t mean it isn’t valuable. Have you scored any fabulous finds at a second hand store or website? I love the chance to respond to this question. There are so many items that you use to have or miss. I need new speakers for my radio studio. My fave of all time? The original Advent speakers. I paid more, but they

were the best. While the large ones wouldn’t work in this studio, but the smaller ones did. And I need them used. Advent was sold circa the late 70s and the speakers while good, don’t touch the originals. My Advents were sent in the original box, with all sales receipts from 1972. The year I bought my Advents! I bought them early 2018. I replaced my audio mixing board with the same one I’ve missed since the the late 80s. My board died just before Xmas. My Radio Shack 1980s mixing board was on sale – get this I paid $150 back then. I bought one for $40. It works perfectly.

3) This song is sung by The Stylistics, a group from Philadelphia. Have you ever been to Philly? Yes, long ago. The Cubbies were in town when I was around 12. So my whole family went to Philly to cheer on Ernie, Billy & the Cubs.

4) This song was co-written by Thom Bell, a Philadelphia-based musician/producer who was born in Kingston, Jamaica. The average daily temp in Kingston in January is 87º. Do you have plans to get away this winter and go somewhere warm? Yes. We’ve decided to drive south. I have never driven anywhere like this. Memphis, Nashville & New Orleans. I was inspired by Johnnie Walker’s story of his final vacation and that’s what he did before he moved to the Rockies in 2015.

5) The Stylistics took their choreography very seriously. As you can see from the video, they even carefully synchronized their hand movements. Do you use your hands much when you talk? I think everyone does to a certain extent.

6) The lyrics tell us that the singer is grateful for a friend who will walk with him. 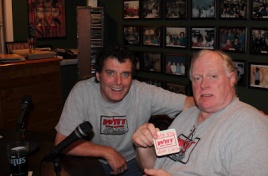 along a path that “sometimes bends.” Looking back on 2018, tell us about a time that life’s path took a bend you didn’t quite expect.That’s simple, the death of Johnnie Walker. He turned 67 in June 2018. He died two weeks later. He was always 6 months my elder. Now I am already older than he when he died.  We texted a lot. The last thing he said to me was, “Let’s talk more.” I think if we had paid for his move, he was ready to return. It was an event that was not to be.

7) In 1974, when this song was popular, Chicago’s Sears Tower opened and was for years the world’s tallest building. Its elevators can carry you to the 103rd floor in approximately a minute. When were you last on an elevator? I had a stress test (routine – I have heart disease) and the elevator took me down to it. I have it every two years. Since 2004 when I had two stints put in, I have passed all tests & have no problems. I don’t follow and of the rules except one – I quit smoking (two packs) cold turkey a week later. My cardiologist is amazing. I was told I was her favorite patient. Kinda cool, no?

8) Also in 1974, the 55 mph speed limit was imposed nationwide. When you drive, are you careful to stay within the speed limit? Or do you have a led foot? Since I drove as a sales guy for a decade in radio and the last 14 years selling liquor (So I did not nee tickets). I only go 10 mikes over the speed limit. I don’t drive much since my retirement, other than local or Drs appointments. Kathy drive when we’re together.

9) Random question — It’s time to pose for your Saturday 9 yearbook picture. Will you show us your right profile, your left profile, or will you look directly into the camera? Direct. If you go to my wife’s YouTube page I appear in some of the videos. I only do comedy on her beauty vlog. It’s funny it’s a beauty for over 40 somethings, but when she asks I join in. She has nearly 11,000 subbies and when I appear her 200+ comments usually turn to 400 when I’m on. It’s only 3-5 times a year but I enjoy it.

Well we all know my return to daily blogging didn’t work. The book questions were not right for me. Oh, but ladies (Gal & Bev) if you want a book I have two. There are a million questions and good ones. I’m SO glad 2018 is over. Obviously, I am not over Johnnie’s sudden death. My mom, as I’ve mention passed as well, but she was 95.
I want to get off opioids. I tried it for a week. My doc sent me to a doc that recommended medical pot. So, I can now purchase up to 2 and 1/2 oz a month. They want to to smoke from morning to night. Some would be thrilled. Not me. I think I will need my day pill, and I don’t mind smoking at night.
The only weirdness is that I have lost my appetite. I am 5-11 and weighed 200 lbs my entire adulthood. I hit 240 in the 80s, but by 1987 I was back at 200. Three months ago I weighed 180. This morning I weighed in at 167. Something is not right. There has never been cancer in my family on either side. (Other that skin cancer) I’ll keep you posted (if you comment – I will only update in the blog would be if it were very bad. But don’t worry – I feel great. But I have no appetite…

I almost forgot about the twins. So they are here today. I wish you all a Happy New Year! I hope it is both happy and in good health. I will return to the Tape Radio blog. Join us then. Same time. Same Blog.