Stop Me If You’ve Heard This One

Posted by Bud Weiser on June 3, 2017
Posted in: Uncategorized. 6 Comments 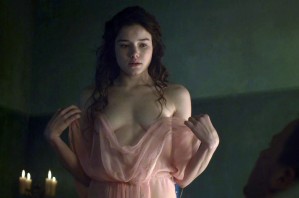 2) This song mentions a lazy afternoon of fishing. When did you last go fishing? The next time will be my first. I have no problem with hunters or fishermen. I’m just not one of them. I lucky that my delusional thinking has it that my local Big Y Supermarket grows the steak in the back room.

3) The lyrics catch our hero sleeping in both the sun and the shade. Do you have a 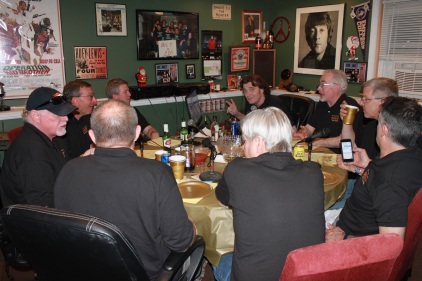 From our 50th. Most guys ever to record on WTIT.

nice, shady place to nap on your front lawn? Or would we catch you lying in the sun? Who the fuck “naps in their front yard” in the 21st Century? I have a deck for that. It overlooks 167 acres of state park. I am going to miss this home. We have an open house tomorrow and a showing today. We’ve done the whole “staging thing”. It no longer looks like our home upstairs. When the stager came into the radio studio with my wife, I was on the computer. I just looked up at her. She smiled and said, “This room is perfect”. She knew better. I spend hours everyday in this studio. It’s my favorite, by far.

4) This week’s featured artist, Leon Redbone, is a difficult man to nail down. Over the years he’s claimed to be born in Ontario, and Philadelphia, and even Cyprus. Tell us about a time you got caught in a fib. It may not be a fib. He was very young at the time. Maybe he just doesn’t remember.

5) Mr. Redbone has said that taking himself too seriously would be “the gentle kiss of death.” What’s something that you always take seriously and just can’t joke about? I’ve taken way too long staring at this questions. I guess I just don’t take anything that seriously.

6) He has retired from public life, and that includes his Facebook page, which is no

longer available. What did you last post to your Facebook page? Yesterday I reported that Brian Williams was hired by CBS to do the Evening News. Foreshadowing? We will see…

8) Recently Dick Van Dyke performed this song at a charity benefit, aided by his a capella quartet, The Vantastix. Last year, at age 90, he campaigned for Bernie Sanders. So Mr. Van Dyke is certainly not a “lazy bones.” Who’s the most active, energetic person in your life? That would be my brother. He travels the country on both business and pleasure. I asked him when we were in Chicago recently how many hours of sleep he averages. (I knoiw he rises at 4AM.) He said “four”. His stories tire me out.

9) Random question: You’re at dinner with friends and someone begins a very long joke with, “Stop me if you’ve heard this before.” You have heard it, many times before. Do you stop him? Or do you just sit through it again? Depends on who. If it’s a friend I will stop them. If I’m a guest somewhere I will be bored to death.

Wow, I have not been here for a while. I knew when I took back Stealing (or had it “returned to me” so-to-speak) I’d not do much else here. But I care too much for Stealing to just kill it. I may “advertise” for a new host. I contemplate that move weekly. I’d rather just play along. But I am proud of the concept. I had been doing Stealing just on my blog every Sunday for six months. I said to my girlfriend of the time (Laura, as in Luke & Laura) that I was considering syndicating the feature and she, of lots of blog fame herself, pushed me (or encouraged me) to do it. I knew it would work, but how fast it exploded even stunned me. We averaged 60 players (go ahead, look up a post from the first year or two) and peaked at 80 one week. Fascinating, no? I’m done. Love & peace.

6 comments on “Stop Me If You’ve Heard This One”