Wherever the Parents Weren’t Home

1. Did you date someone from your school? I was a big dater. My record was four dates on one weekend. I was kind of the jerk I used to play in this space. It was easy for me to reprise the role. But the truth is that I was very single in 2006 when I started this blog. But between then and now I’ve been in two serious relationships. The current one (met in 2010) resulted in marriage. But nothing is simple.

2. Did you marry someone from your high school? No. Not any of the three times.

3. Did you car pool to school? No. I had my own car we called “The Budmobile”. 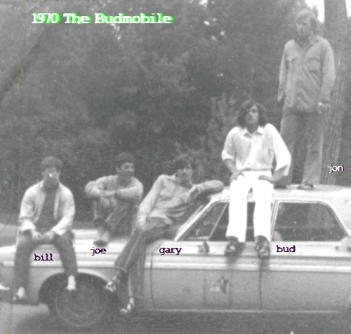 4. What kind of car did you have? Plymouth something. A total box. But I had earned the money and my dad matched whatr I saved. He was cool that way.

5. What kind of car do you have now? Chevy Malibu.

6. Its Friday night…where are you now? Home. Popcorn, movie with the Mrs.

7. It is Friday night…where were you then? A drive-in. Popcorn, movie, get naked.

8. What kind of job did you have in high school? I worked in a hotel as a desk clerk.

9. What kind of job do you do now? Currently I am disabled. I am on leave from the Martignetti Companies.

13. Were you a nerd? Nope. Unless starting a tape radio 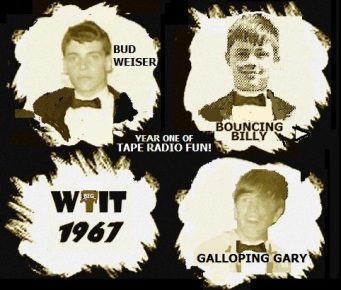 station in your sophomore year is nerdy. I wonder what the people who came to all our parties whould think of us still recording.

14. Did you get suspended from school? Nearly, but nope. I had 10 detentions my sophomore year. It’s an automatic suspension back then. You did get a hearing with the VP. This dude starts lecturing me on how bad I am. I interupt. I Said, “Sir, I talk in class. I got caught 10 times. If you want to give me a three day vacation for that, I can live with it. But I am not going to listen to you tell me that I am bad. Not for another second. Si decide.” He told me he’d contact my folks. He called my mother to compliment her on how I was raised. No suspension.

16. Who was/were your favorite teacher? My Spanish teacher my junior year. I had

read Harold Robbins “The Adventurers” which took place in South America. So I was learning all the swears. He called on me to get up and give a talk. (Not unusual. He did it everyday to someone.) So I asked the topic. He said “Maria.” I responded. Maria es un puta con tetas muy bonitas rojas y grande.” The class looked dumbfounded because they did not understand. The teacher was rolling on the floor laughing. When asked what I’d said he said, “Ask Bud after class…” I got an “A” for that. Oh what I said meant, “Maria is a whore with big fat red tits.”

17. Where did you sit during lunch? Yes.

18. What was your school’s full name? I went to three. Sedgwick Junior High (Remember those?) as a freshman, Fredrick Conard (I don’t know him either) for my sophomore year and Kingswood Prep for my junior and senior seasons.

19. Where did you party the most? Anyone’s home where the parents were away.

20. What was your school mascot? Obvious I had 3. At Conard it was “The Chieftans” and at Kingswood it was “The Wyverns” (a sort of dragon.)

21. Would you do it again? What? As opposed to dropping out?

23. Do you still talk to the person you went to Prom with? There were many, but no.

24. Are you planning on going to your next reunion? No.

25. Do you still talk to people from school? I emailed the Kingswood guys that were

DJs at WTIT for our 50th. Two of the four wrote back updating their lives. They were in it for the parties. Tape Radio was a means. Although nearly everyone of us did college radio.

26. What are/were your school’s colors? Who the fuck knows.

I’m sorry that I don’t get around to your blogs much anymore. Life is busy, but I think I do my part with this stupid meme. Trying to sell a house is awfully stressful. How ’bout Roseanne coming back? I hope her character is not as much a Trump supporter as she. She actually believes Bob Mueller was picked to investigate “The Russia Thing” (Man does anyone remember the cold war? Why would anybody want and President laughing with Russians after firing Comey. That’s my take. Till next time.