1. Friday was St. Patrick’s Day, March 17th! Did you celebrate with green beer or a green milkshake? Nope. I don’t drink beer. I know with my name… I was the last kid in our group (which was WTIT to drink. It was because everyone drank beer and I hated it. I can drink one every now and then, say at a ball game. It wasn’t until someone made me a screwdriver that I actually drank at 17. I said, “What is in this nectar of the gods?” I was told Smirnoff & OJ. I found my brand.

2. Did you remember to wear green? Yes. But If I were working I probably would have spaced. But being disabled, I read about it in the morning papers that I read daily.

Waterford is famous for Waterford Crystal. Do you have glassware that you save for special occasions? I’ll get to the Waterford. I got a text yesterday from my sister saying that my mom is going into hospice. She’s 93, has had a great life, but she is our family matriarch and things will never be the same. Cousins that I saw every holiday probably won’t be around. My mom normally doesn’t give out presents on Christmas. This year she sent Kathy and I (well my sis did the paying & shipping) a pair of Waterford rocks cordial. Kathy said when I opoened them that she loved them and that my mom knew it was her last Christmas…

5. This week’s featured song includes the line, “To think that only yesterday I was cheerful, bright and gay.” How were you feeling yesterday? I hate this fucking song. Not dislike. a true hate. But I was on the air when it came out and we played it every other record it seemed. I was cheerful and bright yesterday, but not gay. Not that there’s anything wrong with that…

6. It begins with reference to a wedding that didn’t quite come off because the bride left the groom at the altar. When were you most recently at church? Was it for a holiday service, a regularly scheduled service, a special event (a wedding or baptism)? It was either a wedding or a funeral. Religion is another thing that doesn’t play well with me. Sorry. I have found that you can still be a moral person without a need to go to church. I have never been left at the alter although the first time I sometimes wished I had…

7. In 1971, when this song was popular, Malibu Barbie was a big seller for Mattel. This 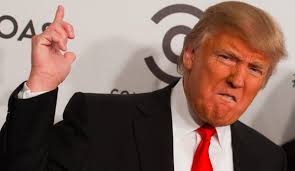 This is a nightmare.

doll had a perpetual tan. For a human to achieve this, a tanning bed or self tanner is usually required. Have you used either method to give yourself a tan? Yes to a tanning bed (once when they first came out) no to agent orange. Not a good look. SAD.

8. In March, 1971, James Taylor appeared on the cover of TIME magazine. What’s your favorite James Taylor song? “Fire & Rain”. But as Diana put it, it’s hard to choose since his music is so good and for an old guy still has his voice.

This scene will be repeated next month. Plus 5 other DJs. 50 years. Recording your life…

9. Random Question: What word or phrase do you hear yourself saying too often? I don’t have that problem because of what I do. When you here yourself back on tape and you are overusing a phrase, you notice it. When I went back to on-air work in 1989 (Mike & the Hunter 1989-1990.) I was Gary Hunter).

Hope your weekend is great! It was strange getting the text about my mom. I knew it was coming. When I saw her three weeks ago she was lucid and talkative. Last Friday she looked good but she couldn’t carry a conversation. I’ll go see her today. Hey, I had my dad until I was 63. My mom until I was 65. I am very lucky. I will *see* you again. Same time. Same blog.