Saturday 9: I’ll Be There

1) In this song, Mariah pledges to “have faith in all you do.” Have you recently given someone support or a pep talk? Yes. I got my weekly call from Kellyanne Conway. She always needs to be talked off the ledge. This week she complained that everyone criticizes her answers to questions. She said she had no clue as to why they did it. I asked if this was the case before Trump became president. She responded by telling me about the margin of victory that he enjoyed. I responded that he lost the popular vote. She said that if you took out the illegal voters, he won. When I pointed out that I didn’t ask about his margin, she called me a pinko-liberal who does not understand “alternative facts”. She hung up on me at that point. No more pep talks for her.

3) Her nickname in high school was Mirage because she cut school so often. Did you ever play hookey? No. And I don’t get the whole Mariah thing. Take this song. “I’ll Be There”. The song was written for Michael Jackson and his four bros. Did Mariah think it could be improved? On the school thing: They let her skip because it sucked even then to be around her.

4) Mariah doesn’t apologize for spoiling her dogs, who have been known to travel by limo. Do you know anyone who treats his/her pets like people? Mercifully, no.

5) Mariah has something to fall back on. She studied cosmetology and worked as a hair sweeper in a salon. When you get your hair cut, do you socialize with the stylist? No. I tell her to “fuck off” if she tries to converse. It’s funny though, she hasn’t really ever done a good job since I started my “fuck off” policy for hair stylists.

6) When married to her first husband, Mariah went vegetarian. Tell us about last night’s dinner. 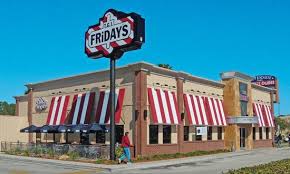 Would it qualify as a vegetarian meal? I had a full rack of ribs at TGI Fridays. So, you tell me.

7) This week’s song was introduced by The Jackson 5. Think of your favorite Michael Jackson song. Did he record it solo or with his brothers? Believe it or not I stopped caring for anything Michael Jackson after he settled that first lawsuit.

8) In 1992, when this song was popular, The Mall of America opened. Located in Minnesota, it’s the biggest mall in the nation, with more than 400 stores. Think about the last thing you purchased. Were you shopping out of necessity, or for fun? I bought a security camera system because I’m selling my house. As soon as I opened it I realized the mistake that I made. It was not wireless. Monday, it goes back.

Maybe it’s me but I think the president is a lunatic. He scares me. Attacking our free press is a scary and slippery slope. We shall return. Same time. Same blog.