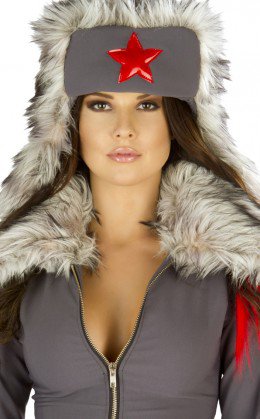 01  What is the worst nickname that anyone has ever called you? I had a Russian girlfriend who called me her little “hа самом деле, вы смотрели это дерьмо?”

02  Have you got a favorite flower? Nope. But we did a spot spoof on a florist. It was called “Bruce and Caesar’s Pistils & Stamens”

03  Do you add a sauce, ketchup or other artificial flavorings to your food? I want some of the drugs he was on when he wrote this question. Who the fuck cares about what I put on my hot dog?

04  Describe yourself using only words that begin with the letter ‘T’. Terrific, Timely and already Tired of the stupid questions that he has mixed in.

05  What is/was your lover’s pet name for you? Budman.

06  What is your least favorite color? I want some MORE of the drugs he was on when he

wrote these questions. Who the fuck cares about fave colors?

07  Who did you vote for in the last election, and did they win? I was with her. I thought he’d be a total disaster. Even I am surprised how unqualified he is…

08  What is/was your grandfathers’ names? Joseph Fishelberg and William Brennan who passed away before my birth. So perhaps I don’t remember much about him for some reason Joseph passed away when I was 6. I remember watching King Kong with him while he was watching me so my folks could go out. That’s all folks!

09  What is the best present you ever received? My first digital computer, a Sony Vaio was given to me by a guy thanking me for the business . He had never even heard a recording session. But he loved the concept. And while that computer died a decade ago, I still use Sony Vaio software to edit my music. It’s all I’ve known, digitally speaking.

11  What would be the best possible way you could die? In my sleep. Is there better answer?

12  Given the choice of absolutely anything, what would be your dream job? I would own a radio station where I also did the morning shift.

13  What position do you sleep in at night? Usually on my side. I’ve had to learn to sleep on my 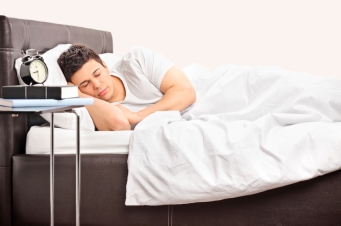 back because the pain in my shoulders is still horrible. But it’s not as bad as it was the first few weeks when I had to take even more of pain meds to get through it. But I went with dealing with the pain instead of continuing the extra meds.

15  Who is your favorite fictional character? Hawkeye Pierce as played by Alan Alda.

16  What food do you hate most in the world? I want even more of the drugs he was on when he wrote these questions. Who the fuck cares about what food I eat?

17  When was the last time you were ill? Does recovering from a broken neck count? I saw my neurosurgeon. They think I’m doing as well as can be expected and said that I still have a year and a half left.

18  If you were transformed into a wild creature, what would it be? Lion. *Roar*

19  What was your favorite toy as a child, and whatever happened to it? Believe it or not, I got my first tape recorder at 4 years-old. I don’t remember it but my mom filmed me interviewing my family on Christmas Eve.

20  What’s the most amazing thing you’ve ever seen? It hard to top this fucking mess.

You can’t always get what you want. This meme seemed easier than it was. I also usually change the bad questions out by either rewriting or in some quests there are too many questions, anyway. Who do you have in the big game? Enjoy the game. And please if you drink, call an Uber. Peace & love. Join us again. Same time. Same blog.

15 comments on “Seriously, Who Cares?”