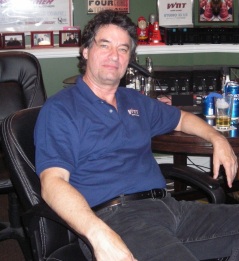 1) In this song, Miss Ross sings of a tender farewell at the bus station. When did you last say goodbye to someone at an airport, dock, train or bus station? It was the last time Harvey Wallbanger visited about a year ago. I offered him the chance to move back and live with me. He felt Kathy and I would get back together. Smart guy.

2) Continuing with the theme of “lasts,” who received the last gift you gave? I sent my daughter Heather an Amazon gift card for her birthday. She was 42 in September. Her daughter, my granddaughter Lauren turned 14 in September as well. Where does the time go? I was 42 a month ago, so it seems.

3) Who last did you a favor? My boss let me take a day off without it counting officially.

4) What’s the last thing you dropped or broke? Plates and glasses. I have neuropathy, so I have difficulty carrying things.

5) What’s the last thing you borrowed or lent? I’m bringing a HDTV to my mom (in a rest home at 92) tomorrow. We don’t need it since I bought a 65-inch TV for my den and put our 49-inch TV in the bedroom.

6) When is the last time you danced? Kathy and I dance by the fireplace when a certain song comes up on my iPod.

7) When were you last nervous? Yesterday driving. The weather and traffic were terrible. 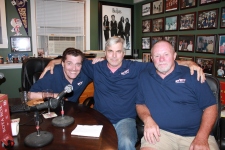 8) What was your last DIY project? I had to edit a song set out of our last recording session. We still call them “tapes” although we’ve been digital since 2000. I played the same music set twice, so I deleted it and fortunately I still had the right music set so I corrected it. You might wonder why we still play music. The main point is the journal aspect of continuing telling the stories of our lives and to do comedy bits. But the songs have always told some of our story as well. It makes listening back the tape better as well. I still want to podcast us but I just don’t get around to it.

9) When did you last check your horoscope? Was it accurate? I have no idea and never.

As you probably figured lout that I’m staying on as author of Stealing. Allison did a wonderful job, but it is a lot of work. I was not surprised. How long I’ll do it I don’t know. But I will not let it “die”. I hope that your Saturday rocks. We will return. Same time. Same blog.