1) In this song/video, Ms. Sinatra’s boots make a serious fashion statement. Do you choose footwear for comfort or fashion? Comfort. In my nightclub or event DJing, I wore some crazy ass boots that hurt a lot. In the 80s I discovered Rockport shoes. Any fashion feels like sneakers. I’ve worn them ever since. I have my work shoes, dress black loafers, Oxford cordovan, dress brown & boat shoes from Rockport. I usually find better deals for them on Amazon than their own site.

2) This is by far the biggest hit of Nancy Sinatra’s career, which includes 6 top ten hits. Can you 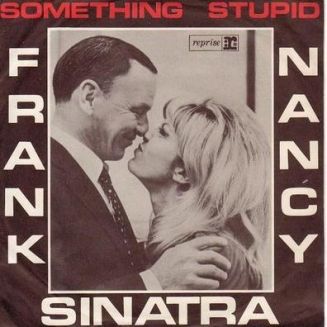 name another? “Something Stupid” as in “what is creepier than singing a love song with your father” stupid.

3) Nancy recorded it on Reprise Records, which was founded by her father, Frank. Did your parents give you a leg up in your chosen career? My folks paid for college, so yes. In my current career I work for a company that has my brother as President of Sales & Marketing. I’m just starting my 13th year and since my parents creating him, I guess they are involved in my chosen career.

4) Professionally Nancy has been involved in espionage, singing the theme to a James Bond movie and appearing in an episode of The Man from UNCLE. Do you enjoy spy/secret agent stories? I’m a huge James Bond fan. Kathy & I 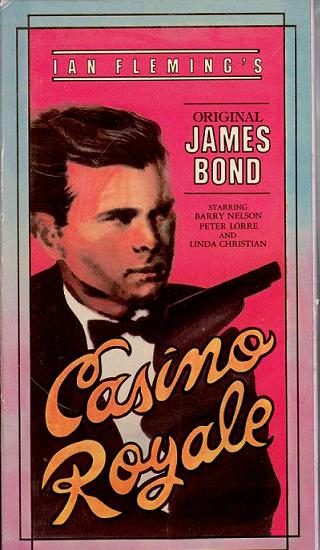 binged watched them in order (Yes we included the bastard child “Never Say Never” and no to the first “Casino Royale” movie (There was a “Casino Royale” TV movie before the films. Barry Nelson starred as “Jimmy Bond” from the CIA and his friend Felix was from Her Majesty’s Secret Service). We just watched “Spectre” which they say is Daniel Craig’s last film. He was better received from fans than from me.

5) Nancy maintains the official Sinatra family website, which includes a link to the site of Mia Farrow. Ms. Farrow was, briefly, Nancy’s stepmother, and obviously they are still on good terms. Do you have a big, extended family? Yes. My brother and I have four children each, I have four grandchildren and a fifth “on the way”. My brother just became a grandfather. My dad married a second time and a have a “half-ski” (as my dad called it) sister and brother. My sister has twin daughters.

6) Nancy’s music — and posters — were very popular with the troops during the Vietnam War. Nancy continues to return their loyalty and affection with her efforts on behalf of the Vietnam

Veterans Memorial Fund. Here’s your chance to promote a cause that’s near and dear to your heart. What charity gets your support? “Our Sisters of the Tiny Breasts”. Why should just rich women get huge knockers?

7) Nancy hosts a Sirius radio show devoted to her father’s music. Do you have a subscription to a satellite radio or podcast network? I have Sirius. But I won’t renew it. I get it for free for three months in my new car. But with 15,000 songs on my iPod and the entire WTIT library on another iPod. What’s neat about this car is that info from the iPod appears on a computer screen. It has a button on the screen to skip songs as well. The first time I saw “WTIT” “Tape 181” and a picture of the DJs from that year I was blown away.

8) Nancy has said that she and her sister Tina had a more comfortable relationship with their famous father than their late brother, Frank, Jr., did. Do you think it’s easier for mothers to get along with their sons, while fathers have an easier time with their daughters? No. I am as close to my two sons and my oldest daughter. I am estranged from my youngest daughter.

9) Random question: Tonight’s dinner is on us. Would you prefer to eat at a casual restaurant with exceptional food, or an exclusive restaurant with so-so food but a celebrity clientele? I guess I’d meet the celebrities. If they were there, I’d go. If not, I’m not there.

Have a great Saturday. Wow. I just realized I made it through without swearing. See you soon right here on the WTIT Blog. Same time. Same fucking blog.

4 comments on “Something Stupid”