Baby You Can Drive My Car

Saturday 9: Fool on the Hill (1967)
Unfamiliar with today’s song? We can’t help you. The YouTube copyright police have removed the Beatles’ version.

1) Friday was April Fool’s Day. Did you pull any pranks? Did anyone put anything over on you? No to both. Although Jill Hennessy called last night. She could not believe that I got back together with the Mrs. I said “I thought you’d be divorced by now. We did plan to be together after she had her kids. Geez. She said, “It’s complicated…” No shit.

2) The practice of playing tricks on one another on April 1 dates back at least to the 14th century and Chaucer’s The Canterbury Tales includes a mention of it. Geoffrey Chaucer has been called England’s greatest poet. Quote a bit of poetry for us. (It doesn’t have to be English, or great.)

There once was a girl named Pearl
Pretty enough to make your head swirl.
Her bucket list had a strange twist
She wanted a pearl necklace from a tryst. 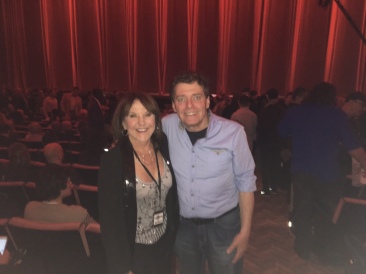 recording of “That’s All Right, Mama.” Tell us about one of your prized possessions. I do like the pics I have with celebrities. My latest was taken Wednesday night at “The Mike & The Mad Dog Reunion” when I noticed the Yankees’ radio color commentator Suzyn Waldman a couple of rows in front of me at Radio City. My son Ben bought us tix for Xmas.

4) In contrast to his easygoing persona, Sir Paul has been described by former band mate Ringo Starr as strong willed and “determined to get his own way.” Do you consider yourself strong willed and determined? Or are you more easy going? I’m a fucking day at the beach. 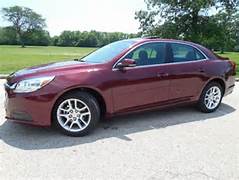 5) The Beatles once bought a Greek island, planning to live and record there, but sold it after a few months because it started to seem like a bad, expensive idea. Tell us about a purchase that gave you buyer’s remorse. I bought a car once because mine died and I only wanted to spend a week on a rental. It was a used 2008 Hyundai Sonata. Not a bad car, but I never liked it. I traded it in for a new Chevy Malibu (2011). I loved that car. So much that now I have 125K on it. I do drive 30K a year because of my job so I live in that car. You have to love it. This week on vacation I randomly checked to see if I could buy a used 2015 Malibu with low miles. I found one a LTZ with 8K on it. I bought at Car Max, a no haggle dealer. Two hours after I arrived I left with my plates and all on my new car. The interest rate sucked (4.5) and I have excellent credit. I refinanced it for 1.8% yesterday. The payments are lower than my old car.

6) Legend has it that the Beatles officially broke up in Disney World. John Lennon was staying at Disney’s Polynesian Village Resort when he received and signed the court papers that dissolved the group. Have you ever conducted business while on vacation? All this week.

7) George Harrison loved puttering around in the garden and dedicated his autobiography to “gardeners everywhere.” Do you have a green thumb? No, it’s a walking dead color.

8) Ringo regrets not having saved more Beatles memorabilia, which he realizes now would be worth a fortune. Are you a pack rat? A bit. If it concerns music, radio, WTIT or Star Trek I keep it…

9) Random question: Which do you prefer, Girl Scout cookies or Boy Scout popcorn? I’ve never had the popcorn. My granddaughters sell cookies. I buy them.

14 comments on “Baby You Can Drive My Car”