Saturday 9: Kiss From a Rose
Unfamiliar with this week’s tune? Hear it here.

1) This song is from the movie, Batman Forever. The movie Batman v. Superman will be out later this month. In that matchup, who do you support — The Caped Crusader or The Man of Steel? As a kid I was first a huge Superman fan. I remember being SO excited when they started the TV series with George Reeves. But, I got into all the DC heroes, especially Batman. Here’s a prediction: Since mostly women do these memes, they’ll pick the “Man of Steel”. What woman would not want a guy that hard? (Every now and then I have to remind you that this is after all the WTIT Blog.) 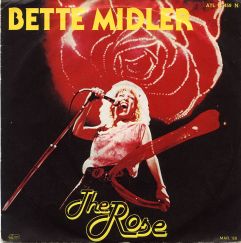 their daughters “Iris,” “Violet,” “Daisy” and “Lily.” Do you know anyone who has a flower name? No. I thought Bette Midler was the only Rose.

3) This week’s artist, Seal, has something to fall back on. At his parents’ insistence, before he pursued music he got an associate degree in architecture from a small college in Westminster. What’s the last grade you completed? I graduated from Emerson College in Boston. Boston’s Back Bay was our campus. I loved college. I fought not to go. I was going to be a DJ. You don’t need a BA for that. But my parents were firm about it. I think back on what a brat I was being. Someone is 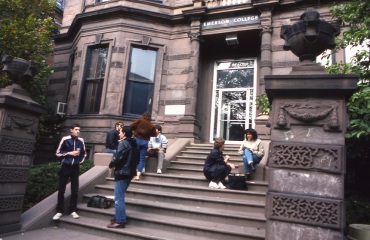 handing you a free college education, does not expect you to work to pay for it and my response was “No, thanks.” Then a teacher who was tutoring me said, “You suck at math. If you go to school and do not pick a specific college for what you want to do, you won’t cut it. Pick a school for what you want to be.” That rocked me. I started looking at colleges where they had communications as a major. I picked out five. Emerson was my first choice. I got turned down by my 2nd, 3rd and fourth choices. But a month later Emerson accepted me. And, I graduated college without taking one fucking math course.

4) Seal wrote this song back in the 1980s but didn’t really like it very much. His producer discovered it when they were looking for material to complete Seal’s second album and the result

Not Inga, but you get the idea.

was several Grammys. Tell us about a time when something turned out better than you thought it would. In the 90s I had a friend named Jenna. She and I would meet out at clubs. We never had a romantic part of our relationship. One night we went out to meet her friend. She was a beautiful gal named Inga. I wanted her from the moment that I met her but she showed NO interest. She spent the night dancing with every guy in the place but me. Jenna asked me to drive her home since she was on my way, not her’s. Inga and I spent 90 days together. It was what I call a “shooting star” relationship. You fall in love have an intense relationship that ends relatively quickly.

5) Ex-wife Heidi Klum is not the only model in Seal’s life. He also dated Tyra Banks. Can you name another famous model? Tom Brady’s wife Giselle.

6) Seal is currently involved with yet another model, Australian Erica Packer. Between them they have seven children. How many siblings do you have, and are you the oldest, youngest, or in the middle? I am the oldest of three children born three years apart. My dad had two children from his second marriage. They are younger than my own kids.

7) Seal’s birthday was back on February 19. Let’s think about your birthday. If you could have any type of cake you wanted, what would you request? Boston Cream Pie. I know it says “pie” but we all know it’s not.

8) In 1996, when this song was popular, Lyle and Erik Menendez were found guilty of murdering

their parents in a crime and trial that dominated the news in Los Angeles. What are people in your town talking about? I have no idea. I only moved here for my job. I love the town because it’s a beautiful sleepy New England town. It has a ton of malls and retail, but they smartly kept it all in one place. But the natives are a different story. It’s a blue collar town of rich plumbers and they like, and while I know this will come off wrong I do not have a thing in common with them. But my sink never leaks for long.

That a wrap for a Saturday in March. The only news from here is that I decided to quit drinking. I was a daily drinker for a long time, but never had a problem. But I have healthy issues that would be a lot better if I stopped. It’s very hard but it’s been five days. I’ve really enjoyed that I sleep better, feel better and a lot of things that I never expected. But it’s hard. Kathy has been incredibly supportive and I don’t care if she drinks. I’ve never been anal. I quit smoking cold turkey twelve years ago. I never asked someone not to smoke. Unless it was in my house. But that’s because it’s gross. Enjoy your weekend. I just read that the blizzard is going miss us. It’s going to hit Boston hard and Maine. So I wish Allison a lot of luck. Enjoy your Saturday, my fellow bloggers & friends. We will return. Same time. Same blog.