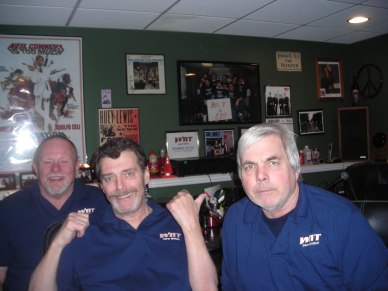 Our first recording session of 2016. I still have the mustache, but the beard left over last weekend.

1) This song is a plea for a second chance. Are you good at forgiving/forgetting? It depends on what we’re talking about. (And trust me I have no idea what the song’s perspective is, since I’m not into the artist.) Fidelity? I don’t believe anyone comes back from that. But I have not ever dealt with it as the one who had to do the forgiving, but I have dealt with the issue in my younger days. But, it was the seventies. I have not had my fidelity be an issue since then.

2) Justin asks his girl to “forget this.” What have you done/said recently that you wish could just be forgotten? In terms of the blogosphere Probably anything I’ve said about an ex, including my wife in this feature on this blog. Going through a divorce is all it is cracked up to be. All she’s tried to do since leaving is to 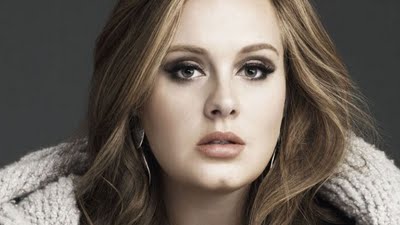 remain friends. My guess is that she will be in my life on some level, which will beat the shit out of my other ex-wives. And it also applies to the woman I unfairly called “The Dragon Lady”. In that case I was just angry with myself with how I broke it off.

3) Mr. Bieber says he needs just 6 hours sleep every night. How about you? How much sleep do you require to feel sharp? Ten is the best. But eight is fine, but anything less sucks moose. 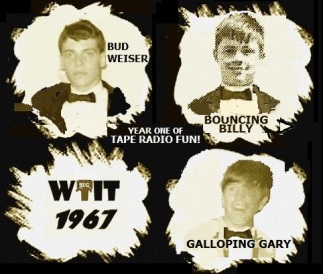 4) Justin prefers D&G underwear, which can cost as much as $102/pair. Sam may be crazy, but there’s no way she’d spend that much on underwear. What’s something you’re willing to splurge on? Anything connected to WTIT. I can’t imagine what my life would have been like had Bouncing Billy and I had not done that first recording in 1967. It’s amazing watching someone come into the radio studio. But who has friend’s pictures on their wall year-by-year? We do not have a picture from every year that we’ve recorded, but we have most of them.

5) He may be picky about underwear but not cuisine. He loves Big Macs. If we were going to 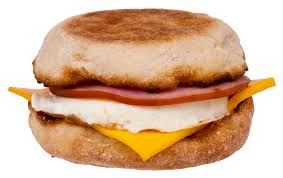 McDonald’s, what would you order? Most likely an Egg McMuffin. Breakfast is the only thing they do well. I don’t know how Mickey Dees got SO bad, but it has.

6) When it comes to healthier fare, Bieber has told fans he enjoys snacking on bananas and grapes. What do you reach for between meals? The French twins. Now there’s a snack. 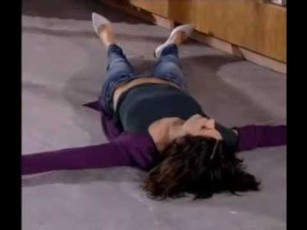 7) Performing in Germany, Justin Bieber told a girl who approached the stage, “Ich liebe dich” (“I love you”) and she fainted. Have you ever fainted? Only once and it was intentional. One night while recording in the 70s, we did that hyperventilate stuff followed by holding our breath. But my friends were there to catch me. We all did it once that night and never again. I’d love to hear the recording we did that night, but I’d have to go through a ton of recordings to find.

8) As a kid, Justin was teased for being one of the shortest in his class. What do you recall being 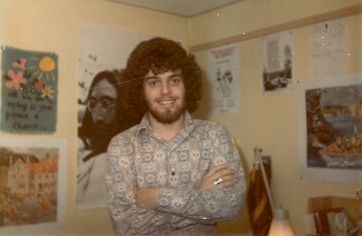 teased about in school? Curly hair.

9) Random question: Will you be watching this weekend’s Super Bowl? Yes. I cannot decide whether it will be here alone or grabbing an Uber and doing a party thrown for radio people. It’s an annual party hosted by Lee Gordon who has been doing voiceovers, production in Hartford since the 70s. He was on the air before that.

It’s always good to come back to this space. It’s very therapeutic. I treasure the friendships that I’ve made here. We can be so much more open since generally only fellow bloggers read anything here. On Facebook, as an example, all my friends and family can read my thoughts. So we tend to be more guarded in that form of social media.  Here is just between us. Thank you for both reading and offering support. It was here that I got through not only the final year of my dad’s life but also the first year following. I’m not sure how I’d done it without the blog. We will write right here again fellow knuckleheads. Same time. Same blog.