Why Does She Need Batteries?

1) Black is this week’s signature color because Friday, November 27, was “Black 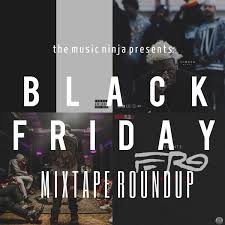 Friday,” when retailers cut their prices and consumers flock to the stores. Did you score any “Black Friday” bargains? Is that why it’s called that? I thought it was about allowing African Americans to shop first. I mean, after all, they have never been treated fairly. I had thought, “Why isn’t there a “White Saturday?” This is one time that I’m glad I got it wrong. “Separate but equal” has never been equal. It’s only about the “separate” part.

2) WalMart, Best Buy, Toys R Us and Target have all heavily advertised their “Black Friday” sales. If you could have a $50 gift card to one of those stores, which would choose? What would you spend the $50 on? I hate all these stores. But for free? I’d buy some more flash drives.

3) Star Wars items are predicted to be big sellers this Black Friday. Are you a big

sci-fi fan? Are there any sci-fi fans on your holiday gift list? Oh yes. You might have seen me on the set of “Star Trek: New Voyages”. I’m going back on December 5th for a “Holiday Trek Style” party. Oh, and I’ve been really supportive of a group that is WAY lower budget than “New Voyages”. Guess what? He wrote me the other day and told me to check Episode 9’s credits. I’m in there? How cool is that? 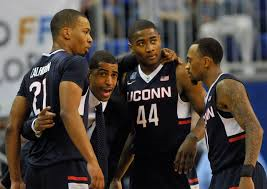 4) Feasting and football are also popular Thanksgiving weekend pastimes. Do your Thursday-Sunday plans include pigging out or watching a game? I watch my UConn Huskies get beat twice in two days. They aren’t this bad. Just a lot of new players.

5) At Thanksgiving dinners, Crazy Sam’s homemade gravy is always a hit. (Probably because she’s so generous

with the cognac, which gives the gravy a nutty taste.) Do you have a signature dish? Yes. It’s called “Meatballs ala Budzolangaga” There’s a lot of Gorgonzola cheese involved and you have to let it cool down before the cheese hits those “meatballs”. I’ve been known to scream…

6) What did you give thanks for on

Thanksgiving 2015? The French Twins, my neighbor’s wife, being single again and toasting to women who have not found where they sell batteries…

7) Monday is Cyber Monday, when shoppers can save big online. Do you shop confidently over the Internet, or do you worry about security breaches and identity theft? I have been worried about identity theft. I did a lot of research and found out that “Lifelock” or “IdentityGuard” are a waste of money. What you need to do is freeze your credit scores. The asshole can have all your info but cannot open cards in your name which is mostly how they operate. It’s cheap (in my case free because of a state law) and they say it’s the best. You get a ID number (a pin) and you can reinstate it instantly. But if you don’t need your credit checked it’s the way to go.

8) This week’s featured band, Los Bravos, was international. Their members

came from both Germany and Spain. If you could travel to any foreign country in the world, which would you choose? England. They speak the right language and while I have crossed Abbey Road, I’d love to do more Beatles site seeing. I’ve already done all the touristy things.

9) The band’s name, Los Bravos, can be translated to mean, “The Brave.” Do you consider yourself gutsy? Of course. I’m going through my 3rd divorce. If that isn’t gutsy, nothing is.

8 comments on “Why Does She Need Batteries?”