Midnight is Rock’s brother. When Rock brought his kid brother for the first time in 1988, I thought, “He’s just a kid. How could understand all of this?” Truth: No one has ever understood WTIT more the he.

1) The lyrics tell us about a young man who stopped at a bar named Webb’s before heading home. What’s the last restaurant or bar you visited? What did you order? The last bar I was at was a local tavern called Yarde House for Midnight’s (A fellow WTIT DJ) 50th birthday party. It also was my first use of Uber which was terrific. Tonight I am dining out with my family. Uber will get another call. Wow, with the Uber commercials over, I’ll add this: I miss the days of stopping for a cocktail on my way home from work. But with increased awareness and (and no argument from me) and enforcement those days are over for me. But I did love the 80s when we didn’t know better. And back to the Uber thing. It is so easy to say “call a cab”. However in not-so-large cities, you have a better chance of an ex-wife calling to ask you for a threesome than to get a cab at closing time.

2) In this video, Vicki Lawrence is obviously lip synching. If you had to participate in a competition, would you do better at karaoke or lip synching? And what song would you choose to perform? I’d be way better at lip synching. I used to sing at karoake bars in the 90s. The only way I wouldn’t get thrown off the stage was by changing the words to the song. In that vein, “wrapped your arms around me and we tumble…” from “I Think We’re Alone Now” to “wrap your legs around” and the like.

3) Back when this song was popular, so was the Rubik’s Cube. Can you solve that 3-D puzzle?Not without a hammer and glue.

4) Vicki Lawrence is a hyphenate, meaning she’s a comedienne-actress-singer. Using hyphens, describe yourself. Totally-fucked-up. I know that I am completely missing the point, but hey, that’s what I do. And before you say it, no I really do believe that I have it all together.

5) Back in the early 1970s, songwriter Bobby Russell first offered this song to Cher, who refused it. Give us the name of a song Cher did record. The cover of “Walking in Memphis” is my favorite Cher tune. 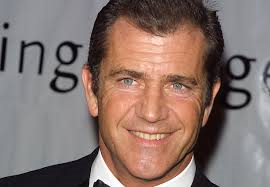 6) Vicki Lawrence won her first big break playing Carol Burnett’s kid sister because of her resemblance to the star. Have you ever been told you look like a celebrity? Not recently. The last one I heard was “Mel Gibson”. I nearly fell off my bar stool when she said it. I think she just wanted to get to know me better. It happened in my last job and she was best friends with a co-worker. I decided to decline the obvious hit because of the damage it could do the workplace. It was a stupid move considering how hot she was and I left the job some six months later. 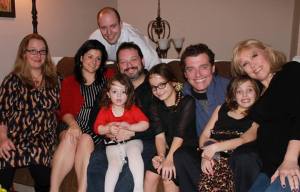 7) She also starred on Mama’s Family in the role of matriarch of an argumentative Southern clan. As we head into the holiday season, do your plans involve a lot of family time? I’ll channel my “inner Harriet” and say “It depends on what you mean by a lot”. My kids and grandkids come over here a week or so before Christmas. They generally do Saturday with me and Sunday with their mom and her husband. On Christmas Eve I get together with my mom, cousins and siblings. Christmas Day I generally pass on.

8) After The Carol Burnett Show and Mama’s Family, Vicki became a staple on daytime TV. She hosted Win, Lose or Draw and was a

contestant on The Match Game and $25,000 Pyramid. Do you watch much daytime TV? No.

9) Random question provided by a Sat 9er: Bugs/insects. Do you like ’em or fear ’em? Tell us something/anything you know about them. I’m not a big fan, but I don’t scream and hide like my most recent ex does.
So tonight I dine at Max’s in Hartford with my brother, his wife, my sister and her wife and my mom. We generally get pretty hammered, thus the need for the Uber. See you next time. Same time. Same blog.

13 comments on “Walking in Memphis”