Posted by Bud Weiser on November 8, 2015
Posted in: Uncategorized. 6 Comments 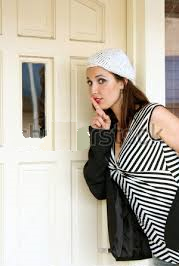 1. Is there anyone else in the room with you atm? What are they doing? I thought an ATM gave you cash. While I am great with acronyms and figured out “at the moment” I just couldn’t resist. And yes I’m not alone. My neighbor’s wife stopped by. They’re both dumb as rocks which is how he doesn’t figure out that she says she’s “going shopping” that she’s here. I mean she doesn’t even move her car. That king of dumb.

2. Do you show your teeth when you smile, or do you prefer smiling with your lips closed? Wow. There is no cure for stupid. Unless you don’t have teeth, you show them.

3. Would you rather be told the truth, even if it isn’t what you want to hear? No. Lie to me. I promise to believe. But please…don’t leave.

4. What is something that you plan to buy, as soon as you’ve saved up the money for

it? I’d like to send the French twins to college. But that’s not what I’m saving for. I mean, really? If they ever knew that I was divorced going on three times, I don’t know what they’d think. Oh, wait. Thinking is not their strong suit and I’m really saving for a 60 inch flat screen HD TV.

6. Have you ever had a migraine? No. But my ex-wife (the first) had them and my kids to a lesser extent except for my son Ben. I spent a lot of nights putting Vick’s Vapor Rub into a boiling pot of water to help him.

7. What was the last book you read for pleasure? I actually wrote it. It’s called “Don’t Fuck With Love”. It’s about my trials and tribulations with the French twins.

8. What was the last item of clothing you purchased for yourself? A M*A*S*H tee and a 2016 calendar. It’s a Beatles’ calendar. I know, you did not see that one coming.

9. Your first serious relationship, do you still talk to him/her? I’ve not be “in love” with many people. My high school girlfriend Sally was the first. I was just thinking today that I’m overdue for a call to her. I try to check in every decade or so. I think I’m hoping she gets divorced.

10. Who is the last person you texted? My daughter Heather. I thanked her for a gift.

Uncle Elvis singing “What a Wonderful World” cause the family to laugh or hurl.

11. How close is your family? For the most part we’re very tight. Although Uncle Elvis is a tad out there. He was an impersonator so long that no one remembers his really name. He still has problems with being forced to retire. We need a fucking intervention. “Elvis, you’re old and bald. That wig ain’t fooling no one. Oh and you do remember after throat surgery you sound like Louis Armstrong…” He still won’t come to family events and he’s in his 80s. We’ve heard he wears black-face in a Armstrong Tribute Quartet…

12. Is there anything too serious to be joked about? Nope. Remember those Challenger jokes?

13. Do you like to understand and have good knowledge of things? Nah, dumb and ignorant. It’s easier.

14. What is worse? Back pain or shoulder pain? Having had 10 back surgeries and no shoulder problems, I’ll take back “pain” for $500 Alex.

15. Have you ever almost fallen off of something high off the ground? Nope. We were raised with absolutely no skills. None ar good with heights. About 20 years ago my brother decided to learn how to clean his gutters. Net-net: He fell of the ladder and broke both wrists. His wife had to dress him for months.

16. What’s one fruit you love in drinks? Grape.

17. What is something simple that you’re afraid of? That Kwiz & Gal both quit writing these memes and I have to write

them again. The truth is I miss it now and then. That I think was the reason when whoever-she-was who wanted me to help her launch a Thursday meme I fell for it. She did I think three weeks before she wanted me to pay her. It was SO stupid. She only did three questions and they were like “What’s your favorite color”…

18. Has this weekend been good? Quiet, so not bad. I gotta get out but not yet. Perhaps by New Years.

19. How much time do you take to get ready in the morning? Now this is like her “3 on Thursday” questions.

20. Last movie you watched in theaters and with whom? I think it was the last Star Trek film. Which wasn’t very good. The writer of that mess won the job of producing the next Star Trek TV show and has major backlash from the fans. I’m just happy that they’re doing it.
That’s it for a Sunday at WTIT. See you soon. Same time. Same blog.