A Penny for Your Thoughts (Although They’re Way Overpriced)

Posted by Bud Weiser on November 7, 2015
Posted in: Uncategorized. 10 Comments

Crazy Sam really appreciates all the help she received with this week’s meme, and is jealously protecting all your unused questions. Expect to see them sprinkled throughout Saturday 9s in the future.

1) Do you prefer your pickle sliced thin, sliced thick, or in a spear? I personally don’t care. However there’s something about the way this woman has it that I find…interesting.

My dad would have loved this year’s run. My brother Mark, a Cubs fan, has season tickets even though he lives in Boston. He took my dad to Chicago every year. A few years ago my dad and brother got to go on the field and in the dugout.

3) If you got 2 pennies for change, would you pocket them or leave them on the counter for the next person? Gee Gracie, let me write Gal at Saturday 9 and tell her to as that incredibly interesting penny question. What’s that? Gracie, do not say nobody gives a fuck. After all, it’s just a meme question.

4) You’re now in charge of the manners for the planet. Tell us the new rules for cellphone etiquette. I’d add just one – “NEVER IN PUBLIC”. Not at a restaurant, not at “the show”, not at Wrigley Field (What a Cubbies run, no?)

This is the set and lead actors (the actor who is here playing McCoy has since departed) of Star Trek: New Voyages. I’ve sat in that chair. I wondered through the complete set. It was such a rush.

5) You’re about to write a novel. What genre will it be (sci fi, chick lit, historical fiction, comic …)? Probably sci-fi. I’d love to write for Trek. After the mini-convention that I went at the set of the web series “Star Trek: New Voyages”, I gained a hundred followers on Facebook. I met wonderful people and everything was intimate. The classes were attended with under 20 people. You got to meet and chat with all the celebrities. There SO many great web series. What’s interesting (and not being perceived well) is that CBS, which now owns Paramount) is going to launch a new official TV series in January 2017. It’s pilot will air on CBS but the series itself will be a web series on CBS’ web platform. Why the objections? You have to pay a fee for that platform. You Tube should have fun keeping up with all the people who will record it and put it on that free platform. Me? I’m thrilled and it’s worth $6 to me.

7) Is your big toe your longest toe? Hey Gracie – which of my toes is the biggest? No, they are NOT asking how big THAT 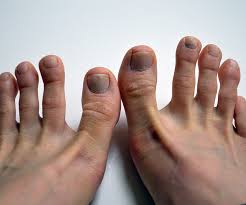 9) Do you check the mirror before going out? No. I just take my chances. Generally I realize that I didn’t comb my hair – oh wait. Yes, I do use a mirror. I must be the ONLY one…

Well, we are almost 5 months into this single thing. It feels very comfortable. I’m lucky with it on a lot of levels. Kathy & I get along fine. It totally beats the war that was my first divorce and the anger and hurt from the second one. I haven’t filed yet but I hope to at least get the paperwork started this weekend. Friends are really helping out. I wish things at work were better. But, it does ebb and flow. And I can’t live in a dark place. And now there’s Uber. It beats the hell out of what I paid Hamied. I wonder how he is. He drove me for at least three years. The last time I saw him was when here drove me in 2010 to meet Kathy. I left him a message when my dad first got sick. It was in the beginning when I knew Dad couldn’t drive but still could go out. He never returned my call, but it did not matter. My dad’s health went downhill so fast. It’s almost been a year and I still want to call him every day about something or other.

I hope all is well with you. Thank you for checking us out today. We will return to the Tape Radio blog. Same time. Same Blog.