Stealing: The Consider Yourself Meme 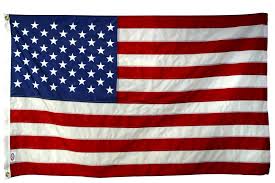 I’m far from the flag bearers. But liberals can claim this country as their own as well.

1) Of the various cultures, ethnicity or nationalities you belong to, which most strongly do you consider yourself? American. I can’t help it but I have always thought considering your nationality “I’m half Italian & half Irish sheep dog” as irrelevant unless of course you are a recent immigrant. My mother’s side of the family has lived in the US for five generations. My dad’s side four. So what difference does it where our my great-great-great-great-grandfather came from. Don’t get me wrong; I am as interested in researching genealogy as the next person. But I always respond “American” when asked. 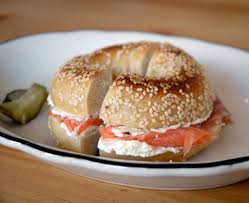 I was so “thankful” for lox and bagels on Thanksgiving…

close to? I guess I’m going to have a hard time with this. Let’s talk food. I was raised with a lot of what people call “Jewish” food. Lox and cream cheese, white fish, kishka and lots more. Yet no one in my family has ever considered “Jewish” to be their religion.

3) What’s one language you wish you knew fluently? Hindi. So many of my customers are Indian and always discuss things in front of you in Hindi. I even got a hold of a Rosetta Stone 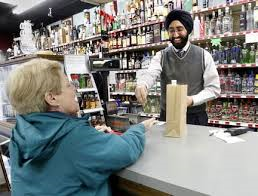 This is a random shot. I would never post a picture that had anything to do with work…

type of learning it. I recently downloaded an app that translates it. Much easier, but I haven’t played with it enough to get it to work. Perhaps today, now that I’ve thought of it.

4) If you could move anywhere in the world and be guaranteed a job, etc., where would you go? St. Martin. I’ve been to the Caribbean a half dozen times or more and I’d love this island the most.

5) If you had a time machine, and could witness any one event without altering or disturbing it, what would you want to see? JFK and Marilyn in the sack. How could you argue with this? 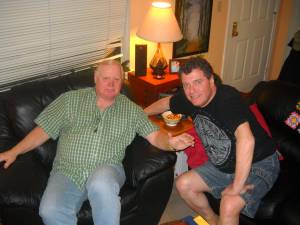 7) Are you free with your feelings? No I totally keep them in. Check out how many other Stealing player mention sex at all on their blogs. I know my family and friends know how much I love them. As a regular reader, you might be aware that WTIT lost one of its most important DJs. Johnnie Walker moved to Colorado in June. He found out about my wife and I separating a week before he left. He said, “If I knew this was going to happen I would have stayed. But he loves it there. I get an occasional text that says simply “miss you”. He left us in great shape however. We expect all of the current five to be here then.

8) What is the one outfit/piece of clothing/accessory you own that makes you feel incredibly good whenever you wear it? Why? I look so hot in my WTIT 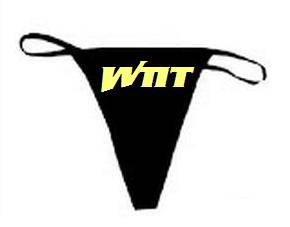 I love it when I can reuse a pic rather than find one.

thong. Oops. Not a great visual, no? I don’t have an answer really. I’m most comfortable in jeans and a tee-shirt. I think that my best look is in a suit, but I hate ties. So unless I’m going to a wedding or a funeral there are no ties ever. I wore my favorite suit to my sister’s country club for Thanksgiving. There was mostly talk about my growing a goatee. I don’t think it’s my best look, but after the trauma of a wife saying, “I’m leaving you” without even another guy involved I needed a change. Not as big as a divorce, but still a change.

9) What do you do to make yourself feel better when you’re in a funk? Write long answers to meme questions. The reason that I started what still are the most popular weekend memes was to help give me a starting point to write. I don’t believe there are any memes with our amount of players is amazing. At the peak of memes was involved with five at once. That was way too much work.

10) Has anyone ever surprised you in a way that let you know you were special? 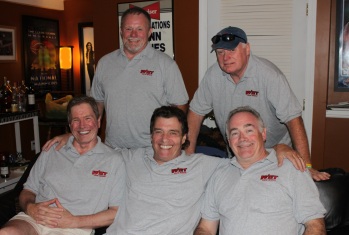 How? I’ve only surprised (really surprised) was when my first wife hired a stripper for WTIT’s 20th Anniversary party. The second which is a better example of the answer for this question for me. It was Galloping Gary showing up at a recording session without anyone knowing his plan. He along with Bouncing Billy and me started WTIT. His last session was in 1982 at our fifteenth Anniversary Show. Facebook is how we got back in touch. He along with Johnnie Walker were the only friends who attended all three of my wedding receptions. But last year he did the surprise. He knocked and when I opened the door he simply asked, “We’re recording tonight, no?” So on this “magical” night four of the five original DJs recorded one last time.

11) When you are having a “good day,” how do you spread the happiness to others? I smile and engage the people I randomly meet, like in a convenience store.

12) What is one thing that puts you in a bad mood, no matter how good you were previously feeling? Racism. In my job I hear the “n” word at meetings. I’ve tried to stop it, but without going to the top I just have to speak out to the group. It doesn’t stop it and if I reported it my boss would lose his job. Not going to happen.

13) Would you rather live in a world with or without technology such as computers, cars, airplanes, bombs? Whoever asked this question sabotaged it. (I do recognize it on my watch thus my mistake that this question was originally edited, produced and stole for this thing called Stealing.) I mean when you throw “bombs” in it, it is a loaded question.

14) If you had to live without either heating in your house or air conditioning, which one would you keep? Please. What was I thinking? I did a lot of editing when I was there. I’m shocked that I did not edit or remove them. 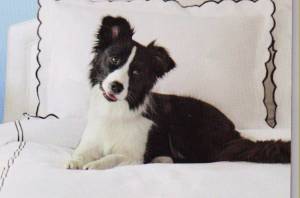 15) If you had to own five dogs, what kind would you get? Virtual. I mean since I only own virtual pets like my beloved dog Happy. I could handle four more dogs. I mean as long as they are virtual.

Have a great two weeks. Next weekend we will be recording the final session of WTIT in 2015 on Friday night and I have been invited to a Star Trek holiday gathering on the deck of the Enterprise of “Star Trek: New Voyages” on Saturday. See you after that. Same time. Same blog.