And the Cowhands Won 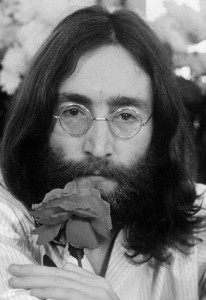 1) This was Ringo’s first big hit as a solo artist. Who is your favorite member of his old, very famous group, The Beatles? This will come as a complete surprise, but here’s another clue for you all, he lied when he sang that “the Walrus was Paul.

2) In this song, Ringo sings that you have to pay your dues. Do you belong to any organizations that require you to pay dues? I would never belong to a club that would allow me as a member.

3) He also sings, “you don’t have to shout.” When did you last raise your voice? I don’t remember. Isn’t it odd? The first two divorces involved a lot of yelling. This one, there wasn’t any yelling. But it’s been over 5 months now, since she moved. Maybe I’ll figure it out by the time we are in court.

4) Ringo has two piercings on each ear and one tattoo on each arm. Do you have more piercings or body art? No. In the words scripted for Charles Emerson Winchester III, “I don’t understand why someone would iart on their body that they wouldn’t even hang on their wall.” But that was the 80s. People my age (now) when I was in college didn’t understand rock & roll and long hair. Each generation pushes the envelope. Ours didn’t mark up our bodies with ink.

5) Ringo gave his first wife, Maureen, a one-of-a-kind birthday gift. Frank Sinatra made a recording of “The Lady Is a Tramp” personalized to her. Tell us about one of your most memorable birthday celebrations. I think the night the French Twins brought their older sister so I wouldn’t have a boring birthday is right up there. Or there was the guy who came up to me at my nightclub and said “I heard about you from my sisters.” I thought I was in BIG trouble. But he said they both thought I was great. Obviously that was before they figured out that I was having sex with both of them. Now that night was not a great time.

6) Ringo appeared as Mr. Conductor on Thomas the Tank Engine. He recorded the narration for the entire first season in just a week. Tell us what you did last week. Last week Harvey Wallbanger arrived. We were to decide if he was going to move in and leave Atlanta. Fortunately, we both realized it was not a great idea. We did have a great time barhopping and the like.

7) Ringo also did the narration for Ladybird children’s books. Do you like audiobooks? I’ve never listened to one. So check me off for “none of the above”.

8) As a boy in Liverpool, Ringo loved watching American westerns. His passion for the genre is reflected in the outfit he’s wearing on the sleeve for “It Don’t Come Easy.” Do you like cowboy movies/shows? I did as a kid. I mean it was the only thing on. “Rawhide”. “Gunsmoke” “Bonanza” “My Friend Flicka” “The Rifleman” and so on. The answer is that I did as I grew up. It’s passed now. Except for “Debbie Does the Cowhands”. Great acting.

9) You know what else don’t come easy? Nine questions every week. Crazy Sam has heard it all: this meme asks too many movie questions, too many questions about sports, too many questions that sound familiar …  OK, now it’s your turn. Help a tired meme mistress out. Contribute a random question that is not about movies or sports (pro or collegiate) and has never been asked before on this meme. Sam will compile these for an all-random Saturday 9 in November. That way she’ll get a much-appreciated week off. Thanks for your help!  As the past author of some memes in my time, I’ll tell you that this doesn’t always work. If you get 9 questions out of it I would be not shocked but I would be surprised.. But if you need help on making this easier, you know my number. Or my email. Whatever. Have your people call my people.

So here I am. Single for over 5 months. Nothing to report, but even if there was, this probably would not be the right forum. Our third wedding anniversary would have been this week. I actually forgot about it. But if we didn’t talk then, when would we? I’m lucky. I have some great people supporting me.

This week my computer died. I think. I thought Staples had THE best people as techs. It turned out that for 8 of the nearly 12 years I’ve lived in this town I had the same guy. He quit. It took me jumping up & down to get the new techs to set up my computer right. I shouldn’t get so frustrated. I know that most people don’t have a computer that run their “Tape Radio Station”. After a week, the guy who sold it to me actually said, “I don’t know how to help you, Bud.” Now there was a time where I would have lost it. I calmly said, “If you think I’m gonna say ‘Aw shucks, I don’t need my music’ then you are mistaken. Before I bought it I asked if you could handle it and you said “Yes.” He paused for as moment and put his hand out and then said, “You’re in good hands.” I responded that I had already been patient, even when he said all my files were transferred and none were. About six hours later the tech called me and said “I handed it off to Ricky. He figured it out. It all works. And damn it, I picked it up today and Ricky let me test it. It all works. Now I have to transfer a million things, but I know I can do Tape Radio and at the moment, that is what counts. Hope you all are well. I shall return. Same time. Same blog.

13 comments on “And the Cowhands Won”