I’ve Got Love in My Tummy

I was recording the annual WTIT Countdown (year’s best selling songs) in 1973. We used a professional studio (which actual was just a tape radio studio like ours, but his parents were rich and away all the time. So if he asked for any piece of equipment for “a state of the art” radio studio, he got it…

A: Accent – When I went to Emerson College we were trained to lose our accents. I was told that I was as accent free as any student the professor ever had. Yet when I took a class to learn to do accents, I sucked at it.

B: Breakfast – McDonalds now has breakfast 24/7. It’s the only thing they can do right. I’m shocked it took this long for them to realize it.

C: Chore you hate – All of them. Just joking, but I was used to not doing a lot to doing it all. I actually don’t mind it at all, except for cleaning. With my back I can’t do it. Fortunately, I have my hot housekeeper who has returned and I found a college gal (with hair so long and nice, we’ve always called her “Hair”). She does our landscaping and snow removal. But I do the rest…

F: Flavor ice cream – None. I never eat it except for a milk shake once a year or so. Not that I don’t like it, but I chose to give up a lot of shit to maintain weight since the 80s.

G: Gold or silver – Seriously? I imagine lots of ladies

will say “silver”. Gold is how men say “I’m sorry for not telling you about the waitress under the table. It was just hard to tell you at the time, so I bought some silver jewelry…”

I: Insomnia – Only at night.

M: Mother’s birthplace – In a hospital. 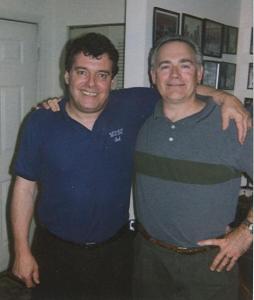 N: Number of significant others – Zero. Although that will change by New Year’s I would imagine.

O: Overnight hospital stays – Ha. 9 back surgeries. 1 Neck surgery. 1 Staph Infection where I was told to “make my arrangements”(will & etc,). But as fate would have it, I kicked that motha’s ass. It was 2004. I’ve had nearly a dozen “extra” years.

P: Phobia – Memes. I bet half of our players say this.

Q: Quick at – exiting stage left. I’ve said in the past that I am very good at retreat.

R: Religious affiliation – Really? None of the above. I can’t even imagine an all-powerful being allowing the suffering that we witness on a daily basis. Why would an all-knowing god allow this? Oops. *Stepping off soap box*

T: Time you wake up – Various.

U: Unnatural hair colors – Is this not a weird way of asking, “Dye your hair?” The answer is no. That doesn’t mean I never did it, but I do not do it now.

Well, that was a bit odd. But since I am as well I guess it’s okay. It’s been such a strange year. In December, my dad died. While I was getting over losing a man so dear, my Aunt Helen got sick. She had smoked a pack or more a day her whole life. She never stopped even after the diagnosis. My wife left in June. (While I was shattered at the time, it was the right call. There was not a good reason for us to be married in the first place.) Last week while holding my hand, my Aunt Helen passed. She was almost 91, had a great life and was in awful pain during the last six months. My mom is still around at 92. Her birthday was last week.

I’ve had friends, old lovers and relatives reach out to say they care. It does not get better than that! I have great support from three off my children and grandchildren. I think I’m loving being single again! It’s so less confusing. People still asked why my wife left. She explained it to me several times and I haven’t a clue. I even had a work person come up to me and say, “Ya know, 99% of women who leave there husbands is because they are fucking another dude. Had this not been a guy a barely know, or at a liquor store that is my customer, this dude would have been in serious need of medical attention. However, one of my rules of life is: “Never attribute to malice that could more easily could be explained by stupidity.” And honestly, I don’t think he had a clue how out of line the whole thing was. When I told the story to other guys I work with everyone said, “He’s just a moron”. The funny thing was that after she left she kept calling me to be “friends”. I told her that I had plenty of friends and that I didn’t marry her to be one. But her repetitive calls “to be a friend” did make me believe her initial story that there wasn’t another guy. In fact our last misunderstanding was that I hadn’t returned a text about a problem she needed to talk to me about.

She’s not the bad guy. But she has no family. She hasn’t had a female friend but the witch (seriously, and she married us) that performed our vows. And they weer just work friends. They never did anything. So, my genius colleague, if she was having an affair she’d have had another guy to talk to about her work. Glad to get that off my chesty.