Something in the Way She Woke Me Up 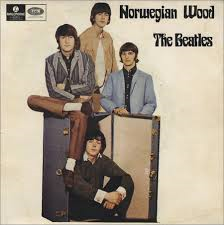 1) How often have you flown so far this year? I once had a girl or should I say she once had me. “Norwegian Wood (This Bird has Flown)” Since I haven’t flown I thought I’d tell you about a bird that did.

2) Think back to your last flight. Was it pleasant, stressful, or just uneventful? All my flights are about the same. I get on board take a pill and fall asleep. The stewardess usually wakes me up when I land. Although you gotta watch out. There’s no telling how she’ll wake you up. I can’t say more cuz I promised. But let me say a tongue was involved…

3) According to the Airports Council International, the world’s busiest airport is Atlanta’s Hartsfield. Have you ever been to Atlanta? Yes. My BFF Harvey Wallbanger lives there. He hasn’t been here since 2011. However, we plan to correct that Thursday when he flies in…

4) This week’s featured band, REO Speedwagon, took their name from a truck. Have you ever driven a truck? Yes. But

getting woke up by the stewardess is better.

5) REO Speedwagon got their start in Champaign, Illinois, which is home to the U of I campus and, consequently, many bars. One of the most popular is the Blind Pig on Walnut Street. Give us the name of the bar, club or restaurant where you met up with friends in your younger days. I got married right after college shortly after I turned 21. My bar days (I mean not getting paid to DJ in the bar) were after my first marriage. My fave was Murphy & Scarlettis. I met many a fine lady there.

6) Recently, lead singer Kevin Cronin appeared on an infomercial, hawking TimeLife’s two CD set of Ultimate Rock Ballads. Have you ever purchased anything from TV? No.

7) This song is from the CD, You Can Tune a Piano, but You Can’t Tunafish. Is there a can of tuna in your kitchen right now? Yes. We had a bit we named a CD after. It’s called “Searching for Tuna or I Was The Chicken of the Sea.”

8) You Can Tuna Piano, but You Can’t Tunafish is available on eBay on vinyl, CD, cassette and 8 track. Did you have an 8 track player? No. I actual understood that cassettes were better from the start.

9) In 1978, when this song was popular, the first Susan B. Anthony Dollar was minted. How much do you have in coins in your wallet right now? I’m a guy. Our wallets don’t carry change. Sam, do you know any guys?

That’s it. Life is good. Once you sort it all out and realize you are where you are suppose to be, the rest falls into place. Now single, I’m just waiting for my best offer. So future, bring it on. I’m ready! See you again – Same time Same blog.

10 comments on “Something in the Way She Woke Me Up”