… because Country Dew suggested it

1) In the lyrics, Don McLean refers to having once been a paper boy. When you were a kid, what job or household chores did you do for spending money? I posed nude for “Future Disc Jockey’s Monthly”. You’d think you’d only be paid once, right? They’re still paying me to never send another picture.

2) Them good old boys were drinking whiskey and rye. What’s the last drink you ordered? Ketel One rocks. Whiskey and rye are making huge comebacks. When I started with my liquor job in 2004 “brown goods”, as they were referred to, were dying. Vodka had taken over. What happened? Flavored whiskey was invented. I believe Wild Turkey Honey was the first. Whiskey makers were desperate to become relevant to 21 year-old first time drinkers. Voilà!

3) He drove to the levee but it was dry. When is the last time it rained where you are? Wednesday. I really haven’t a fucking clue, but if you think I’m gonna look this answer up, you are fucking crazy.

4) When McLean was working on the song, he wrote the lyrics out in long hand. It took him 16 pages of lined notebook 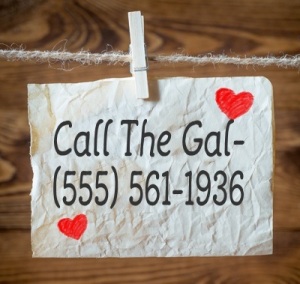 paper. Today it’s a laptop/smartphone/tablet world, and Sam can’t remember the last time she hand wrote anything longer than a sign on her front door that read, “Bell broken. Plz knock.” What about you? What’s the last thing you wrote with pen or pencil? The Gal’s phone number. People write to me all the time for it. I charge between $10 and $50. I only take cash so that by the time they realize that I haven’t a clue what her phone number is, I’m long gone. Besides, now I sell nude pics of her. I have NO idea who the pic is of, but I can get a c note for it.

5) McLean’s most recent CD is called “Addicted to Black,” in reference to Olivia in The Twelfth Night. Quick! Without looking it up, name another character from Shakespeare. Romeo. Wow. Tough quiz.

6) Don was born in New Rochelle, New York, which was named one of The Best Walking Cities in America by the American Podiatric Medical Association (APMA). What about your neighborhood? Is it easily walkable? Yes. I hate those unwalkable cities.

7) In 1971, the year this song was popular, Walt Disney World officially opened. Have you ever been to DisneyLand or Disney World? No.

8) Also in 1971, Mattel introduced Malibu Barbie. This doll was a “sun-loving California girl” and had a distinct tan. Have you ever used a tanning bed? No.

It appears “the ‘no’s’” have it. She’s moving a lot of her shit out today. We were debating as to who got what air conditioners when I suggested that I just buy her two from Amazon. I’d have to replace whatever she took and this seemed easier. I’ll be happy once this is over. We’re getting along fine but I want to see how the next chapter of my life works out. I decided to give a buzz to a former GF that I’ve been friends with since. We hadn’t talked in while. Her number was disconnected. Since it was a special number (for her) I was surprised. Then it occurred to me: She must have died. I googled her name a wrote “obit” after it. She died a week after my dad did. R.I.P. Lady C. You will be missed…