… because Smelly Ann suggested it

She’s Katie Nolan. If you don’t know her yet, trust me you will. She’s incredibly funny and hosts a show on Fox Sports 1.

1) In this song, Bjork knows what she’s looking for in a mate, she just hasn’t met him yet. If you are/were still looking for The One, what two qualities would you hope he/she possessed? A great sense of humor and great knockers. (Hey, even the sense of humor is negotiable…)

2) The lyrics ask if you believe “that a dream can come true.” Do you believe that dreams come true if you wish hard enough? Yes. That’s why all the super smart people have won Powerball. Oops, I forgot that was a secret.

3) Bjork turns 50 this year. Do you treat “milestone” birthdays differently? Or to you, is your age just a number? You mean like 60 is the new 40? People who quote shit like that just pisses me off. Age is a fucking numbernumber. It’s a celebration of how long you’ve survived and endured. It also helps that I always am guessed for at least a decade younger. A business colleague of mine who is 20 years younger than I recently said, “I forget that you are older than I am…” He was apologizing. How could I be upset with that? 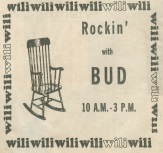 4) Bjork was always highly musical. At the tender age of 6 she began studying classical piano and flute. Sam is impressed because at the age of 6, she was still trying to master tying her shoes. Do you consider yourself musical? Yes. But I never did master an instrument. That is why I decided the next coolest thing would be to get on the radio and introduce the songs.

5) She was born and raised in Reykjavik, Iceland. While the city is known for its bar scene, beer was banned there until 1995. How often do drink beer? Never. I know. I do see the irony with my name.

6) 66ºNORTH is one of Iceland’s biggest employers. This clothier makes quality outdoor wear and this time of year they sell a lot of durable rainwear. Do you have a raincoat? What do condoms have to do with weather? Oh. Never mind.

7) In 1997, when this song was popular in clubs, Titanic was popular in theaters. Sam saw it and yes, she cried. How about you? Have you seen the saga of Jack and Rose? Did you enjoy it? Yes I saw it. I hated it. I broke up with a woman because of a fight whether we’d see the fucker. I mean I can’t say “no” to a movie? My soon to be ex-wife asked me to try it. I did. It sucked even more than I had guessed.

8) Also in 1997, singer John Denver died. Name a John Denver song. You are getting way too demanding here.

9) Random question: If you had the opportunity to sky dive, would you take it? No. I’d like to do something a tad safer than jumping out of a bloody airplane.

Yesterday I finally got around to hanging pictures and such in the wake of the exit of my wife. I can’t complain. She sold me her dining room set, kitchen furniture, a love seat and area rugs for $175. She couldn’t fit the stuff and priced it for what she’d get at a tag sale. On the other hand I bought her a couple of air conditioners. It avoided her having to move two and me replace them. Today I’m going to a party commemorating 40 years since one of the rock stations (WPOP, where I wound up as sales manager) of my youth switching to an all news format. I remember recording the last few hours as they prepared to switch. I was shocked when the event’s Facebook page had me about to pose with my favorite DJ growing up. I ended up working for him teaching at his broadcasting school. Then when I wound up in sales, his account was mine at every station I sold for. I gave his daughter her first radio job. Here’s that photo:

I hope all is well with you. It’s been a hell of six months, but life marches on. I look forward to what the next chapter brings. I set up the first recording date without Johnnie Walker who moved to Colorado at the beginning of June. One of the guys who showed up to record his final show has decided to return. In a sense he’s replacing Johnnie. But that is who is sitting in a chair. Johnnie is irreplaceable. But I was pleased Gregarious Greg is back. Peace love and a shout out to The Supreme Court. Everyone should have the same rights. Peace & love. See you next time. Same time. Same blog.