Just Give My A Valium 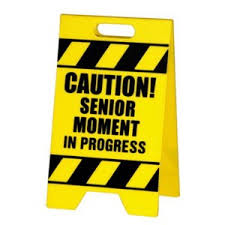 Do you need to write down things to remember them? Yes on all fronts. I have lists about bills and others about work. I’m finally fucking old enough to say “Is that a ‘Senior Moment’?”

Do you keep a diary/journal? WTIT is most of all is a recorded journal. You wouldn’t find all the comedy hilarious because we write for us. Look, we did “Black Jeopardy” in 1987. Saturday Night Live did it last year. Now, there are two big differences. Ours was written for us. We had NO black writers at the time. One woulda done it. But theirs was kinda funny, but less offensive. I watched a guy I met roll off a sofa laughing at ours. But it was off the wall, not expecting this random dude to hear it. We’ve just got done getting ready to do podcasts. And because it sucked and I’m losing my camera person, director and producer 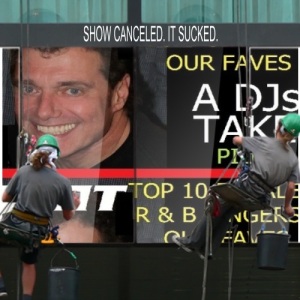 (and of course the wife) of “A DJs’ Take”, we won’t go beyond the pilot. The next one was already written and a lot better, but the podcast is more important now. I could figure out a video, but I’m a radio guy. My soon-to-be ex found her niche and she is fantastic at it. I got that out of my system spending years as a blogging. But I do audio and writing a lot better than I do TV. I wish that weren’t true. I would have done much more TV back in the day. I looked the part, but not caring about being an anchor really killed it. I worked on a lot of stuff for the podcast and WTIT recording sessions.

Are you scared of thunderstorms? No. But feel free. I worry about earthquakes, tornadoes, tsunamis, aliens and another version of Dr. Kildare and any more marriage of any kind.

Do you have any unusual fears or phobias? No. I used to be claustrophobic but 10 spine surgeries and 25  MRIs cured me of it. But I did the “GIVE ME VALIUM, PLEASE” for the first five, at least. Heights still get me a bit, but in a healthy way. I don’t mind ladders and the such. I was gonna say marriage (if you’re new here, I just announce that my third and final attempt at marriage is over. 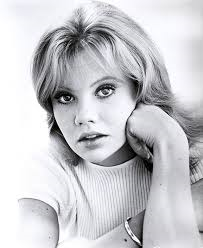 What’s your favorite Disney movie? Pollyanna. I loved Hailey as a boy. But most boys did. That’s why she was in 17 Disney films. Until she passed puberty and wasn’t so hot.

Have you ever painted a house? No. Hire someone. Don’t try to find someone in a fucking meme.

Whats the tallest tree you’ve ever climbed? At the next one I will let you know. Or the first one.

Do you always wear identical socks? Yes. Was that a fucking trick question?

Do you live by any motto or philosophy? I have 50 well-documented “Laws of Life.” I did not write them. I did assemble them. They are here if you are interested. They’re here if you’re not as well.

Do you lick the yogurt or dessert lid? No. But speaking of licking 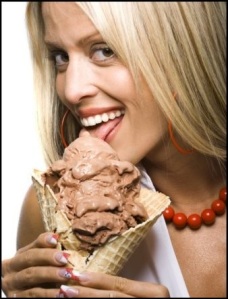 Wow. See what I mean?

Do you lick the spoon clean after making something sweet? No.

Have you ever played the bongos? No shit Sherlock. I was a kid back in the day.

Have you ever handled a snake? Nope.

Have you ever assembled furniture by yourself? Yes. But I’m better at watching somebody else do it.

When did you last go to the beach? Not in a while. At least one marriage ago.

When if ever did you last go to London? It was on one of my honeymoons.

What do you do to cool down when it’s hot? Next to an air conditioner.

What’s the most unusual thing you’ve ever eaten? Ostrich.

Do you have a favorite mug? No. 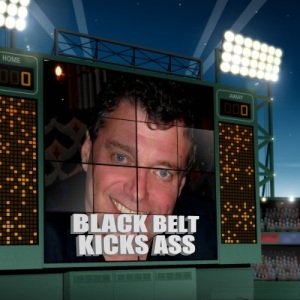 Do you know any self-defense or martial arts? Of course. (I have no clue. But I hate break-ins. So if I say I’m a black belt then voilà! I’m a mean son of a bitch.)

Have you ever ridden a motorcycle? Yes.

Do you collect anything? Apparently ex-wives.

Is there anything you wished would come back into fashion? Just miscellaneous shit in my closet.

Do you stick to conventional fashions or like to try and be original? I was never into fashion.

Have you ever given someone a handmade present? Yep, I was five.

I felt weird sharing the news about becoming single again. (Thanks to all the ladies who emailed me. I did like to blog party i 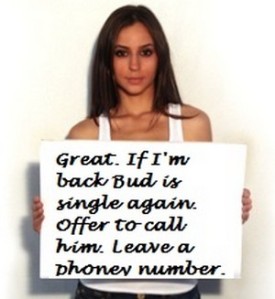 dea. You can email too at bud.weiser@wtit.net.) Then I found out that the ex had taken me and my family off facebook then made the announcement. I was surprised but she did at least give me the heads up. We’ve worked out all the issues. Not that I really want to jump back into the dating pool, but it will happen. Doesn’t it always? And why do you look at exes in a new light. “That GF from 2005 wasn’t that bad. It’s only been a decade.” Those who’ve offered to talk on the phone remember one detail: I’ll call but leave your fucking number. I’m lousy at guessing them. Speaking of blog friends, KLo (Now Katie Howe) is delivering her third child as I type. At least I didn’t insult either George Clooney or The Gal’s Research Company. Anyway, thanks again. We should see you next weekend. Same time. Same blog. Just less one wife…

9 comments on “Just Give My A Valium”