Yesterday & All My Troubles Seemed So Far Away

Who wears the ring on their right hand? Oh, right – cheaters.

1) You can’t miss George Michael’s gold hoops in the photo above or in the “Careless Whisper” video. Are you wearing any jewelry right now? Yes but I really hate jewelry on me. I do wear a wedding band. When married, I always have. I know, I know, three times the charm.

2) Though the label says this hit is performed by “Wham! featuring George Michael,” George Michael is the only member of the pop duo who appears in the video. Do you remember the name of the other guy who was in Wham? I barely remember George Michaels. As pop goes, the band was fine. But we haven’t played “pop” since the sixties. I went off to college in 1969. I learned how much rock music was better than pop.

3) Much of the video was filmed on Watson Island, a man-made island near South 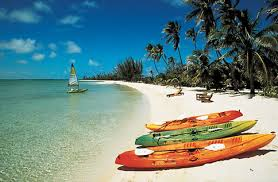 Beach. Have you ever been to Miami? Yes, as a kid. I was 12 when my mom took us to Miami and the Bahamas. I didn’t appreciate the Bahamas until I won a trip there at work. Merv Griffin owned the radio station that I worked for and he also owned a resort on Bahamas’ Paradise Island.

4) Born Georgios Panayiotou, George Michael is of Greek descent, the son of the Greek restauranteur in East London. When you think of Greek cuisine, what comes to mind? Stuff wrapped in grape leaves. I usually love ethnic food, but I don’t do Greek.

5) Today he lives in a tony suburb called Highgate, and his neighbors are Kate Moss and Sting. Tell us about one of your neighbors. We don’t know any. The only couple our age raised their kids next door but sold their house a year ago. They’ve reached out, but I’ve kinda fucked it up, besides they don’t even live in this town anymore. As far as everyone else goes, they are in their 40s raising kids. Mine are grown and Kathy never had any. 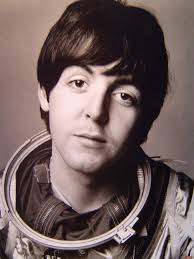 6) George Michael fans can purchase officially licensed merchandise from his website, including an iPhone cover with his photo and signature. Tell us about your cell phone. Is it Apple or Android? Is it a smartphone? It’s an iPhone.

7) George Michael sang Stevie Wonder’s “You and I” for Prince William’s wedding to Kate Middleton. What’s your favorite love song? I just checked. The only Wham! Song in my library is “Wake Me Up Before You Go Go”. I don’t think we’ve ever played it. Since I assume it’s a general question I’ll go with “Yesterday”.

8) In 2014, George had a health scare. He was rushed to the hospital for tests and released the next day. Have you ever ridden in an ambulance? Yes.

9) Known for hard partying in his youth, George is now in his 50s and says he’s quite happy to spend his evenings eating takeout and watching DVDs. Are you doing any socializing this weekend? Last night we ordered delivery and tried to watch a film. It started great but it wound up being so stupid we didn’t finish it. I can’t remember its name.

Hi peeps! Hope all in your world is going well. We are trying to sell the house, but after being told twice it would sell, we are still waiting. I’m not worried or in a rush. Kathy has been after me to launch a You Tube show. We had a feature on this blog for years called “A DJs’ Take.” So we are turning into a TV show were we will talk about music. The episodes will be short and painless. It’s pilot will be posted by tomorrow. You will be able to check it out at:

Or don’t. We don’t ever have rules. But if you become a subscriber, that would be great. Till next we meet. Same time. Same blog.

8 comments on “Yesterday & All My Troubles Seemed So Far Away”