Two of my four children and three of my four grandkids. From top: My son Ben. From left: Daught Heather, Ben’s wife Maria, their daughter Zoey is on my son-in-law Alec’s lap. Lauren to my right and Lindsay on my left with my wife Kathy.

1. What one event, big or small, are you going to tell your grandchildren about? Since I’m already a grandfather of four, I’ll get back to you. The kids range in age from six months to 12 years, I can tell you that talking about “big events” is not in the cards. Kids are in the “here & now”.

3. What new things did you discover about yourself? I learned that losing a parent is all the loss it is cracked up to be.

4. What single achievement are you most proud of? I kept the peace between my brother and sister. They never really got along so my dad’s illness brought out the worst. But, I did get things resolved as they needed them.

5. What was the best news you received? My first grandson was born in May.

6. What was your favorite place that you visited in 2014? My bedroom. 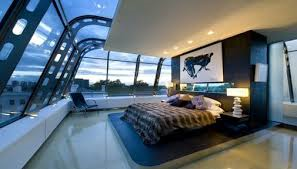 Not our bedroom. But neat, no?

7. Which of your personal qualities turned out to be the most helpful this year? Keeping my head while everyone else lost theirs.

8. Who was your number one go-to person that you could always rely on? My wife.

9. Which new skills did you learn? My company switched from laptop to iPads in October. Ironically, Verizon gave me as free tablet in August. While both do the same thing, the iPad is terrific.

10. What, or who, are you most thankful for? My wife. She had to put up with all I was going through this year with my dad.

11. If someone wrote a book about your life in 2014, what kind of genre would it be? A comedy, love story, drama, film noir or something else? Drama, and lots of it.

12. What was the most important lesson you learnt in 2014? “Learnt”? If you don’t know the word – just make one up. You can think you are “ready” for a loved one to pass away, but you are not. I was told that along the way with Kathy, who has loss both parents. Her mother died before we met and her father within a year of us getting together. She kept telling me how bad it would be, but you cannot “get it” until it happens.

13. Which mental block(s) did you overcome? Learning the work apps on the iPad. It took a while to be comfortable with it.

14. What 5 people did you most enjoy spending time with? WTIT: Johnnie, Rock, Billy & Gary recorded with us this past year. It was Gary’s first appearance since 1982. The fifth would be my lady, my wife Kathryn.

15. What was your biggest break-through moment career-wise? Learning the iPad functions.

16. How did your relationship to your family evolve? Over time? I haven’t a fucking clue what this question is going for.

17. What book or movie affected your life in a profound way? I’m more of a TV junkie. My favorite new show is “Transparent” which is produce and owned by Amazon. It’s a free watch with Prime.

18. What was your favorite compliment that you received this year? I was told I could not possibly have children as old as my kids.

19. What little things did you most enjoy during your day-to-day life? Do you mean like “flossing”?

20. What cool things did you create this year? While I didn’t “create it” last year, this was the first year that we had regular schedule for a full year since 1997.

21. What was your most common mental state this year (e.g. excited, curious, stressed)? Stressed and depressed.

22. Was there anything you did for the very first time in your life this year? I lost my dad.

23. What was your favorite moment spent with your friends? The night Galloping Gary surprised us by showing up at WTIT for

our July recording session was the best. Thanks to Facebook, the original 5 WTIT DJs are in touch. I always wondered what it would be like recording with the first DJs again, I never thought it would happen. And while it hasn’t, we spent a night at Gypsy’s that was 4 out of 5 in June. Four weeks later Gary came to do a WTIT show. Gypsy’s illness (COPD Stage 4) makes it pretty impossible for him to join us in the studio. But that night with Gary & Billy both back and Johnnie and me (here from the start) and our fifth guy in was Rock. Rock started recording during our 20th Anniversary year in 1987. So he’s been with us for almost 30 years. He had met Gary at several social functions in my life over the years. Rock said even he was moved that he was recording with 4 of the Orignal 5.

24. What major goal did you lay the foundations for? I don’t do that.

25. Which worries turned out to be completely unnecessary? Almost all of them.

We will do this again. Enjoy your day. We will return. Same time. Same blog.