But I Smoked One

Stealing: The Have You Ever Meme 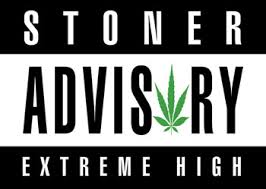 1) Have you ever gotten lost in a maze? No, but I’ve been lost in a haze. But it wasn’t my fault. There were drugs involved.

2) Have you ever been attacked by a wild animal? You must have read those posts about my neighbor’s wife back when I was single.

3) Have you ever ridden a camel? No, back in the day I smoked one. Actually I have ridden a camel. My favorite place to bring my kids, “Santa’s Land” in Vermont had rides. They went bankrupt recently. My daughter brought her daughters there before the doors closed. She was sad because my granddaughters saw a broken down version with no camels.

4) Have you ever pet a rat? No, but more importantly, one hasn’t pet me.

5) Have you ever been a member of a gym? Does a racquetball gym count?

6) Have you ever been in a helicopter? No, flying without wings is crazy.

7) Have you ever cheated at a test? Truth: Only once. Had I not I would not have graduated. I had a “B” average in the subject the previous year. I got the varsity coach who only cared about basketball. I could not stay awake that year.

8) Have you ever ridden a tractor? Nope. I’s no farm hand, I guess.

9) Have you ever passed wind/gas in an embarrassing situation? The question should be “who hasn’t”.

10) Have you ever played the bongos? Yes. Ringo was worried.

11) Have you ever handled a snake? No, but does eating it as sushi count?

12) Have you ever assembled furniture by yourself? Yes. But my wife is the queen of it. She but together a shit load when we bought this house.

13) Have you ever been scuba diving? No. As into nature animal film as I am, I hate underwater stuff and I don’t know why.

14) Have you ever had a disastrous interview? I was the spokesperson at my last job some dozen years back. While not “disastrous” I’d take a few back.

15) Have you ever sold your services? Only to the aforementioned neighbor’s wife.

16) Have you ever raised money for charity? Yes. I worked for Danny Thomas every year as a kid for St. Jude’s. My favorite rock station was sponsoring it. When they switched to another station I stopped. (True.)

17) Have you ever won a giant sized cuddly toy from a fair? Yes. I gave it to whoever the woman was that I was with.

19) Have you ever used the phrase “back in my time” to someone younger than you? Not exactly. But we all love the “good old days”.

20) Have you ever invented a fairly unique meal or drink? My kids said I made the best Sunday brunch they ever had growing up. Sunday morning was my turn.

Thank you all for the kind words about losing my dad. It was a great comfort to be able to say how I really felt what was going on here. Had I tried on social media, it would have been judged and I wasn’t up for that. I’m alive and doing fine. My dad once said, “No afterlife for me. I believe your immortality is in your children.” I’ve got a lot to live up to. Although I’m glad my four kids were so close to him. And my four grandchildren will hear the stories. At our wedding I made sure that my two oldest grandchildren (girls in the wedding) got a photo of them with their great-grandparents. I thought it was important. I’ll watch the Pat’s game and UConn Men play at 4. It is what my dad would want me to do. God, how will I get over this? Sorry. I’ll be just fine…soon.

4 comments on “But I Smoked One”