Songs From the Vault 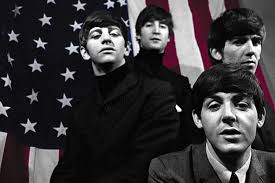 1. Which bands/artist do you own the most albums by? The Beatles, yeah, yeah, yeah.

2. What was the last song you listened to? Rude by Magic!

4. What was the last show you attended? Mark Farner from Grand Funk..

5. What was the greatest show you’ve ever been to? The night I worked for Paul McCartney at The Boston Garden in 1976.

6. What’s the worst show you’ve ever been to? The Cars were the most disappointing. They held up note for note, but

said, “Hello” and “goodnight”. It was like watching robots.

8. What show are you looking forward to? I’d love to see Fleetwood Mac’s current tour. McVie’s return has sparked them. I checked out seats that I’d want. $800 for two. So I just got Stevie Nicks new album, 24 Karat Gold: Songs from the Vault. It isn’t a “hits” album. It’s all new…

9. What is your favorite band shirt? Beatles’ Rubber Soul.

10. What musician would you like to hang out with for a day? Taylor Swift. (Hey, I can only say “Beatles” or Paul so many times.)

From their reunion a year or so ago.

11. Who is one musician or group you wish would make a comeback? I’d like to see the Beach Boys straighten it all out. But, Mike Love likes his “cover band” version more than the original so he’s in charge. He never figured out that there was Brian Wilson and then the rest of the family. The one album they gave us a couple of years ago was excellent.

12. Who is one band/artist you’ve never seen live but always wanted to? The Boss.

13. What was your last musical “phase” before you wisened up? Before I what? “wisened”? English is a better language when you use real words. I went through no phases. Always rock.

14. How many music related videos/DVDs do you own? Just Beatles videos. I do have some concerts.

15. How many concerts/shows have you been to, total? No idea, lots.

16. What’s your “guilty pleasure” that you hate to admit to liking? I already sad “Taylor Swift”. Did you think that was just coz she’s young and hot? Oh, right, it was.

17. What is your favourite movie soundtrack? I Am Sam.

I don’t have a lot to complain about. Halloween was kinda neat. Kathy makes a HUGE deal over it. She was a nun this year. It made for an interesting evening after the kids left. Amen. “Take me to church, I”ll tell you my sins and you can sharpen your knife…” Hope you didn’t eat TOO much candy. Peace & love from the crazy guy in Connecticut. See you soon. Same time. Same blog.

8 comments on “Songs From the Vault”