Sunday Stealing: Would You 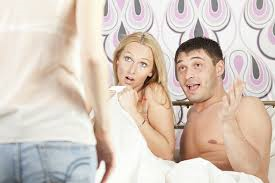 Would you ever cheat on someone if they cheated on you? Of course I would. Perhaps even on the same day. What I wouldn’t do, just for the record would be to catch my lady and then join in. Unless of course, it were a woman that she was with. Then all bets would be off.

Would you ever consider becoming a teacher? I taught school for half a school year in 2002. It gave me a new perspective. So, no.

Would you ever give a hitch-hiker a ride somewhere? I need more info here. Is it a homeless guy? Is it a hot 25 woman? This would be helpful.

Would you ever try fasting for a whole week? Why would anyone do this? I hate answering questions 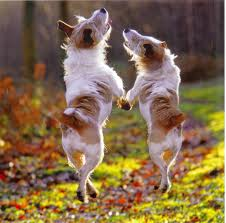 with questions, but it’s been a rough day. First thing as I got up at 10:30 I noticed Stealing hadn’t launched. So after I figured that one out, my wife asked me if I wanted to see Dancing Dogs. After I stopped laughing I told her that while it was tempting, the answer was “no”.

Would you ever try to quit one of your addictions? I gave up my Marlboro Light 100s ten years go next month. It was when I found out that I had a heart problem. They slapped in a couple of stints that year and all’s well.

Would you ever dye your hair purple? Yes. It would alienate the few people who talk to me.

Would you ever spend $100 for the best tasting hamburger in the world? No. But I’d pay whoever wrote this $100 never to write another fucking meme.

Would you rather chew gum off the ground or kill a squirrel? I get asked this a lot.

Would you rather play Monopoly or Operation? I see there is not a third option. More’s the pity.

Would you rather eat chocolate or fruity candies? What are we out of those chocolate covered fruit candies?

Would you rather listen to one CD forever or become deaf? You know, every meme has a stupid question. This one is going for the world’s record. I still enter the “Previous Victims” column on this meme. So when I checked on what-her-faces’ meme, she stated that she could not credit it to anyone. Now I’m thinking, “No shit. Who’d take credit for this?”

Would you rather be deaf or blind? I think I may shoot myself.

Would you rather text or talk on the phone? I’d rather be left alone if it’s all the same to you.

Would you rather spend a day with Lady Gaga or Miley Cyrus? Miley. I hate women who dress in meat.

Would you rather learn to play piano or guitar? Guitar. It’s a tad easier to carry around.

Would you rather have a stomach-ache or headache? Ahhhhh. You were trying for these, right?

Would you rather be overly interesting or overly dull? I’m so glad there’s only one more question.

Would you rather be too loud or too quiet? Quiet has never been my thing.