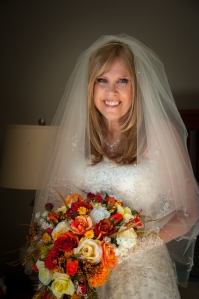 1) The lyrics say, “I’m as proud as a girl can be.” Tell us about something you’re proud of. I’m proud to be married to Kathy. Bouncing Billy told me not too long ago that I must be an optimist trying marriage for a third time.

2) This song is from her first CD, The Soul Sessions. She’s told interviewers that the first CD she ever owned was by Aretha Franklin: Greatest Hits. So while we’re talking firsts, do you remember your first CD (or tape or record)?  My first vinyl was “Rick is 21”. I loved “Ozzie & Harriet” so I thought Ricky was cooler than Elvis. My favorite group at the time was The Four Seasons. I love The Beach Boys, too. But then The Beatles happened and rock music has never been the same. .  I did not buy a CD until record companies stopped making vinyl. The first were just given to me by the Program Director of a radio station that I was working for in the 90s.

3) Last year, two men were convicted of plotting to kill Joss Stone. Even though she had (fortunately!) never even met the men, she still had to testify during their trial. Have you ever had to speak to a judge? Yes. Then tend to be involved with every fucking divorce. Geez.

4) Joss is frequently in the British press because of her friendship with Princes William and Harry. Who among your friends leads the most exciting life? It’s not a friend, unless you consider your brother as a friend. He is President of Marketing and Sales for the 1.6 billion dollar company. He goes to the Emmys and the Oscars. He goes to the NCAA Final Four. He’s thrown out the first pitch at Fenway Park. Every year he goes to Chicago top watch a home stand. Up until this year he always took our dad. The last time my dad went, my brother arranged to get their picture standing at home plate. He also got a photo of my dad sitting in the Cubs dugout. How’s that Gal? J 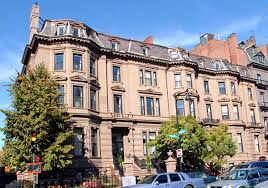 130 Beacon Street. At the time it was the college’s admin building. For two years I lived next door. Having Back Bay as our campus was great! The have moved. Somehow they sold the building’s where I went to school. Emerson then bought buildings that were in foreclosed. The wound up with millions in profit.

5) Because of dyslexia, Joss had trouble in school and dropped out when she was 16. What’s the last grade you completed? I graduate Emerson College with a BA in communications.

6) She provided the voice of the villainness for the James Bond video game, Blood Stone. Do you have a Playstation or Xbox? No.

7) Sam is especially crazy this morning because she can’t find her phone. What’s the last thing you misplaced? My virginity. If you find it let me know. There’s a cash reward even!

8) After composing this Saturday 9, Sam is off to Lowe’s to pick up some heavy duty indoor/outdoor trash bags. Will you be in any stores this weekend? God, I hope not. But you have reminded me that my oldest daughter turns 40 next month. We were invited to pay for a week’s party in the Caribbean. We could not afford it. Well we really could, now. But it was either my side of the family or my ex-wife’s side. I let her know right away so her mother and step father can make their plans without worrying about us being together. I’d explain all this, but really if you have been touched by a divorce then you know how it goes.

9) Do you consider yourself more book smart, or street smart? Why do I have to chose? Couldn’t I be good at both?

No news yet on my dad’s next move. I was gonna see him today, but my brother picked today. Since he live two hours away I let him pick when he’s going sop we get more visitors every week.

Hope you folks are enjoying August! See you next time. Here on The Tape Radio blog. Same time. Same blog.

16 comments on “Looking for Virginity”