She’ll Do It For Money

Thanks to Gal for authoring this meme. Click on the Sat-9 header directly below to play.
Saturday 9: I’ll Be There for You (1995)

1) This song begins with, “So no one told you life was gonna be this way …” What do you wish you knew five years ago about your life now? This is interesting more or less in the reverse for me. I’ll answer the question a bit off center because it was five years ago I made a decision that altered my future. My friend Harvey Wallbanger used to come up for a couple of weeks every year. Five years ago before he returned to Atlanta and after a couple of very successful luck with the ladies he made a proposal. He’d leave his girlfriend, move in with me and we’d live like we did in the early 90s when we were roommates who were always broke, but always found women. We had a blast back in 1993. I said I’d think about it. But the weirdest thing happened. I decided I missed being in a relationship. I hadn’t been in one since The Dragon Lady a couple of years back. So I said no to Harvey and started a relationship. It didn’t work out, but I had my “relationship legs” back. It was not long after that when I met my wife.

2) This is, of course, the theme from Friends, which is frequently shown back-to-back on TVLand and TBS. Have you ever “binge-watched” a show, catching episode after episode? From various on line resources, I can stream entire seasons of shows. I recently ended a run of watching every episode of NYPD Blue.

3) On the show, Monica and Rachel shared a beautiful2BR/2BA Soho apartment with a private balcony. It’s estimated that such a pad

Our home before we bought it…

would cost at least $3500/month in today’s real-life New York. Describe your dream home. I think I live in it. I just could use some live-in help.

5) Gunther was the barista at Central Perk, the coffee shop where the Friends hung out. He had an ongoing, unrequited love for Rachel. Are you crushing on anyone right now? Does he/she know? It’s still just Jill. And trust me, she hasn’t a clue.

6) Currently Matt (“Joey”) LeBlanc stars in the Showtime series Episodes, playing a character named Matt LeBlanc. If there was going to be series based on your life, who would play you? George Clooney. Not that we look anything alike but what the hell. 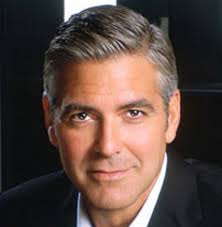 8) The creators of Friends were massive soap opera fans. They named their characters after recurring characters on All My Children* and had Joey appear on Days of Our Lives. Have you ever been hooked on a daytime drama? Just briefly and it was a character named “Heather” that we named our oldest after. I think it was “One Life to Live”. But I’m not sure.

9) The band who performed this song, The Rembrandts, took their name from the famous Dutch painter. Can you see any artwork from where you’re sitting right now? Tell us about it (and yes, a school painting by your 7-year-old nephew counts). No. I’m in the WTIT Studio and unless you count a caricature of me with The Beatles, which you wouldn’t.

In the meme world, we got a strange request on Stealing. Someone kept asking if they could co-host. So I wrote that while Sunday Stealing was covered, I had a slew of memes that could be restarted. She wrote back and said she liked the Thursday Thinking meme that I set up to replace Thursday Thunks after Berleen folded it. Then she wrote it could be a “part time job”. I wrote back that while I’d promote the shit out of it on Sat-9 and Sunday Stealing,  but I didn’t want to pay her. I never heard back. Someone call Ripley’s please. Till we meet again. Same time. Same blog. I told you so about UConn. I like Caleb on Idol. Peace & love…