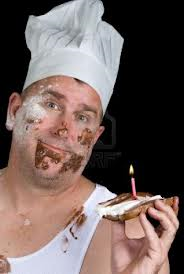 1) Candle scents this month: “Burnt Toast”. You light it and watch everyone search for the fire.

2) What I read this month: Since today is the second day of the month, I’ll go with “just the usual”. Which means prescription bottles, the newspaper and mapquest.

3) Top three songs I was drawn to: “Team” by Lorde, “Coming of Age” by Foster the People and “Let Her Go” by Passenger.

4) Movies I saw: Kathy and I watched “Skyfall” which was the latest James Bond film and third to feature Daniel Craig. It was by far the most successful box office of any Bond film. That said, they do not adjust for what tickets cost when “Goldfinger” hit the silver screen and when “Skyfall” did. Kathy and I did a marathon of sorts. We started with “Dr. No” which introduced the world 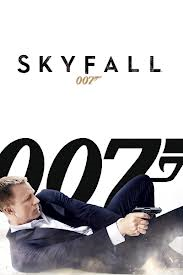 to James Bond as played by Sean Connery. When we started I had a mixture of VHS tapes (from my original collection), DVD and Blu-ray. The VHS tapes I had converted to DVD. When we hit the first one, Kathy started laughing. I mean you have no surround sound and no HD. We didn’t watch it. I scoured Amazon for DVDs or Blu-rays. There were so many for sale the DVDs (I’m guessing 7 films) only cst me $48 to upgrade.

5) Favorite tv moments of the month: We love “True Detective” starring Wood Harrelson and Matt McConaughey. We enjoyed the return of “Dallas” in its first season after J.R. died. American Idol is a hell of a lot better this season than last. I believe I picked the winner during the first audition. I call the dude “Meat Loaf”.

6) Something yummy I made: I fixed a toilet. There’s nothing yummy there, but it’s longer running.

7) Restaurants where I ate: Max Downtown was the last. I brought my dad out to sing at their piano bar and he bought me dinner. I realized that us arranging cabs for him to go out wouldn’t work and I was afraid when he walked up to sing. He’s so fucking frail. But it wasn’t until a few days later his dementia kicked in. I’m thinking that we had our last night together then, although I didn’t realize it. The reports from the hospital is that he’s becoming violent and theyhave to sedate him.

8) Five things I am loving this month: UConn won yesterday and the other four fuckers haven’t happened. It is only the second day of March.

9) A goal I had for this month: I’m gather info for my dad (Birth certificate & the like) I just got an email confirming its shipment. From there I get his social card and the rest of what feels like a scavenger hunt.

10) This month I looked forward to: In this month, I am preparing for another WTIT recording session. We record during the odd numbered months. I gave The Midnight Plowboy (he’s right of me with the dark hair in the header above) get first crack of picking the date since he didn’t make it last time.

11) Something I want to remember about this month: I think that I’ll never forget Kathy’s support for what I’m going through.

12) A photo I took this month: Kathy is the photographer in the family. The only pics that I take are for work.

I’m glad that I’m not riding the emotional roller coaster that my sister and her wife are going through. They get way too “up” on a positive text from my brother’s wife. I think it’s because I have no idea whether she has a full grip on the situation. I hope you are doing well. Until the next time, at the same blog and same time…

Leave a Reply to I Carried a Watermelon Cancel reply