Welcome again to S href=”http://sundaystealing.blogspot.com/”&gt;ng which we bring you weekly on The WTIT Blog. We have gotten really good at just stealing a meme from someone else’s post. (You can play meme with Judd andthe official Sunday Stealing meme.) Last week we asked you to recommend a meme that you did that we can steal. Here are two of them, so both of them can play along as well. They are now added to our “Previous Victims” list. The first is from a blogger named cChibiNatsumi21from the blog The Unfulfiller of Expectation. It’s 88 questions, we will do it in parts. She does not state where she found the meme.   But, it was probably stolen there as well. So, of course, that will be as far as we go. Tracing back our theft’s thieves might take some time. Let’s go!  Sunday Stealing: The 88 Meme, Part Three

46. What are your LEGAL initials? FU
47. Who’s the first B in your contacts? Barack Obama. He’s gonna be reelected.
48. When was the last time you laughed really hard?Last night watching Bill Maher. He pointed out that Romney mentioned neither Afghanistan or the troops at his convention. Mitt said “It was an oversight”.49. Your number 1 top friend walks out of your life, do you go after them?I usually don’t say “it would depend on the circumstances” but it would depend on the circumstances.50. Explain your last awkward moment? 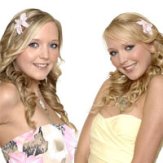 It was back when I was still seeing the French twins. It’s kinda of long story, but a bit of advice: If you’re in bed with twins, don’t ask their younger sister might want to “join in.” 51. Are you afraid of the dark? It would be hard to now. Kathy uses a night light that could guard the top of barb wired fences at a prison.

53. Have you ever tripped someone? Not today. So far.54. Have you ever slapped someone? I have four kids. Do the math.55. Are you Irish? My mother’s ancestors were from Ireland. I consider myself American.56. Do you use chap stick? Only when I need it. I’m really sorry about this meme. The other parts I edited out questions like the last 7. But, in truth I forgot to post. Thank you Harriet for mentioning it in my Saturday 9 comments. But, I was not in the mood to rewrite the fucker. Anyway, next week is the last part of this one. Not that the next one won’t suck the big one, but at least it will probably suck in a different way.

I keep saying that I should walk away from all this. I penned a blog once with my GF at the time called The Rising Blogger. We would review and award great

posts. We posted five days a week. It burnt us out so much that we gave it to a blogger and attorney named Janey (also known as JHS,Esq). When she totally revamped the blog I hated it. But she kept it going another year & a half, and when I see it now, I realize that she did a great job. FYI- I made up the character of Judd Corizan to host it, so nobody would hassle us to get nominated. Janey was clear that Judd was not going to continue. The timing was perfect because I was decided to syndicate Sunday Stealing. Stealing had been a feature in my blog well over a year before it had it’s own blog. I’m afraid that if I gave away these weekend blogs that I’d regret it. So it continues.

I started writing my book on The Beatles. I started it as a term paper for a psych class in college. It got an A+ and the professor asked to keep a copy. I think to actually write it, I’d have to stop blogging. A catch 22 actually. I’d hate for someone to kill Judd off again.57. Do you have any scars? I’ve had nine spinal surgeries, so no of course.

58. Is there someone you will never forgive? Yes. Especially the aforementioned GF from The Rising Blogger. I call her now Th

e Dragon Lady. I handled our break up lousy. But the shit she pulled in attempts to get me back included an anonymous email to Kathy. She thought she was SO clever. But she mentioned a couple of things only she would know. Hate is a strong word, but I really, really, really don’t like her.

59. Are you dating the person you last held hands with? No I am marrying her.

60. Name the last person to text you? Amazon. Kathy tells me what we need for the wedding and I buy it. I love that I don’t have leave my chair to do it.

61. Would you marry someone 8 years older than you? No.

62. Can you go in public looking like you do? Yes. In fact, I’m taking Kathy out to eat shortly and I just need my boat shoes.

63. Have you ever kissed someone whose name started with a A? Of course. I was single in college, and after moronically I married

at 21, by 40 we were SO done. I got four great kids out of that deal. But a guy married 18 years and now single is exactly like a kid in a candy store. Five years late I married again. That lasted only three years. So I was single from 1997 to 2010 when I met Kathy. There had to be an “A” along the way.

64. What side of the bed do you sleep on? The side closer to the door. I’m old fashioned that way. In a home invasion it would buy Kathy time.

65. What’s the first thing you’ll do on your wedding day? Have a Smirnoff Bloody Mary with any kinda luck.

66. Do you fall for people easily? No. I wasn’t single for 13 years because I fell easily. Football is back! My fantasy team is called the Enfield Elephants. Go Jumbos!

67. Has anyone put their arms around you in the past 5 days? Isn’t “legs around” a better question?

68. Do you miss the way things used to be? I miss the excitement of a new Beatles album. I miss that something still happened at political conventions. I used to watch them gavel to gavel as a kid. You didn’t already know who would win, who’d be Veep and all the back door deals. Remember when Reagan & Ford considered running as “co-presidents”?

WTIT: The Blog will return.
Like it or not.