Posted by Bud Weiser, WTIT on August 5, 2012
Posted in: Uncategorized. Leave a comment

Welcome again to Stealing which we bring you weekly on The WTIT Blog. We have gotten really good at just stealing a meme from someone else’s post. (You can play meme with Judd and the official Sunday Stealing meme.) Today we ripped this off a blogger Vicky from the blog Books, Cats and Tech. It was called “The 100 Useless Questions Meme”. They did not lie. We just took the ones that were less useless than the others. She does not explain where she got it.But, it was probably stolen there as well. So, of course, that will be as far as we go. Tracing back our theft’s thieves might take some time. Let’s go!

What’s the most daring thing you’ve done? Deciding to write a book. I’ve yet to begin it, but I do have a plan. In college I wrote a paper on the psychological influence of The Beatles. I always thought someone would discover the same things and write it. It’s been 40 years, and no one has. It’s time.
·    Did you have a baby blanket? Do you still sleep with it? Who the fuck would never have had a baby blanket? A guy from the Amazon? No, I don’t sleep with one.

·   Have you ever tried to cut your own hair? If yes, how’d it work out? I was ill for over a year in bed with an iv and the like. If I didn’t cut it, it would have been to my knees. It didn’t look bad, but curly hair hides a lot.
·   Have you ever sleepwalked? No. I do a “go the fridge for water or milk thing” and folks who watch me try not to totally wake swear I’m sleepwalking.

·    If you could be any age, what age would you be? 21. I’d like a career do over.
·   What is your dream car? I think I’d like another Lincoln. The Mark series always intrigues me.
·   What is your favorite cartoon of all time? The Flintstones for all time, but Family Guy, South Park and The Simpsons are all better.
·    If you were in a car sinking in a lake, what would you do first? Get the fuck out.
·   Have you ever ridden in an ambulance? Yes.
·   How many foreign countries have you visited? Five or so. 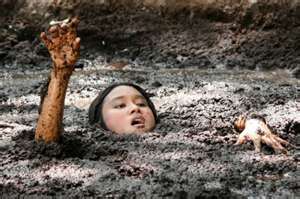 ·   If you fell into quicksand, would you try to swim or try to float? And “scream for help” is not a fucking option?
·   Do you talk in your sleep? So I’ve been told.
·   Have you ever slipped in the bathtub? Three years ago. I am still suffering the consequences. I’ve had two spinal surgeries to help, but they didn’t completely solve the problems. 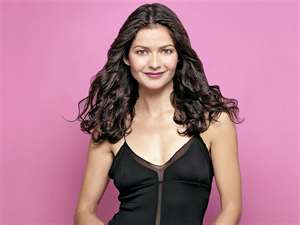 ·   If you could invite any movie star to your home for dinner, who would it be? Jill Hennessy (for old times sake). A star from A Hard Day’s Night would probably be more interesting.
·   Have you ever re-gifted? Yes.
·    If you could attend an Olympic Event, what would it be? Women’s Beach Volleyball. I have no idea on how it’s played. I think there’s a ball and a net, women play in bikinis and slap each other’s ass a lot.

·   If you could participate in an Olympic Event, what would it be? Really? I don’t even watch the shit. The only reason I saw any was because Johnnie Walker loves it (particularly the aforementioned Women’s Beach Volleyball) and while he was here we watched it.
·    If you won a $5,000 shopping spree to any store, which store would you pick? Amazon.
·   What do you think is your best feature? That would be bragging. Tempting, but no.
·    If you were to win an Oscar, what kind of movie would it be for? A romantic comedy. Sci-fi would also excite me.

·   Which of the five senses is most important to you? Hearing.
Would you be a more successful painter or singer? Since I can’t sing a fucking note, hand me the fucking brush.
·    How many years will/did you end up going to college? I graduated Emerson College. Go (whatever the fucking mascot was)!!
·   Have you ever had surgery? At least 10.

·
What do you like to collect? Up until I met Kathy, it was ladies phone numbers.
·   How many collectibles do you have? I threw out the numbers. Sorry, my bad. Have a kick-ass week!
Enjoy your weekend.
WTIT: The Blog will return.
Like it or not.
Same time. Same blog.