Are We There Yet?

Saturday 9: I Know I’m Losing You

1. Have you ever still been in a relationship that you knew was ending, but you hung in with it anyway? If yes, why? Yes, but for lots of different reasons. My first marriage I stayed way too long, because of my kids. My oldest once said that we should have split sooner. I also had a girlfriend that we had enormous chemistry but had little else in common, and broke up and got back together a lot. Good or great sex tends to slow leaving town.

2. Tell why people around the world should be completely enthralled by you. I’m the King of Tape Radio. Top that!

3. Other than where you live, what’s your favorite city and why? I love Boston, Chicago and San Francisco. But I’d go with warm weather year round like San Diego, but I’ve never been there.

4. What is something you are really passionate about? Jill Hennessy. I still miss Crossing Jordan.

5. What has been your most exciting prize that you’ve won? I’ll go with my first prize. I won a song (a 45 RPM, and yes I’m old), by The Mamas & The Papas song I Saw Her Again. The DJ said after our conversation, on air, that I was both a funny and great guy. His name was Long John Wade at WDRC. I’ve won better and more expensive shit, but none more exciting than the first.

6. Do you think there was there a second gunman behind the grassy knoll? Yes. Kudos to Gal for suggesting this question. 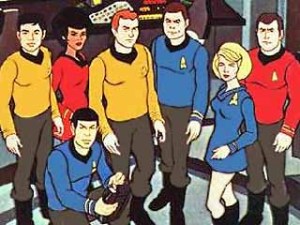 7. What was the silliest, most fun, crazy or impractical gift that you received? I loved getting the complete Star Trek Cartoon Series on DVD. The
original actors voiced all the parts and the writers from the original series wrote the episodes.

8. What was the most practical gift that you received? Clothes. I need them as gifts. I simply have no sense of style beyond a Beatles tee and jogging pants.

9. What blogger has been in your blogroll the longest? How did you discover them? Linda from Are We There Yet was part of the first clique of bloggers that I was involved with. There were 25 of us. The others faded by choice (think Dragon Lady) and others ended their blogs.


We’re glad that you stopped by.
Enjoy your weekend.
WTIT: The Blog will return tomorrow
with
Judd Corizan and
his Tran-sexual Support Group.
Join us for Sunday Stealing!
Same time. Same blog.