If I Only Had a Brain or a Heart

Posted by Bud Weiser, WTIT on January 7, 2012
Posted in: Saturday 9. Leave a comment

Every Saturday WTIT: The Blog brings you a meme calledSaturday 9. It’s not to say that this is a bright idea, but it is what we do. A woman named Crazy Sam started this meme because a prior popular Saturday meme specialist Lola had retired. So, Sam contacted all Lola’s participants and invited us to participate in her meme. Let’s begin!

Saturday 9: Nobody Told Me

1. When you grew up were you ever told how to deal with problems? Yes. I was told to deal with it. Helpful and compassionate.

2. What was your first apartment like? Four rooms and a gas stove in the WTIT Studio which was the only heat source and it was in the kitchen. You could see the flames. That’s why we called that studio Hell’s Kitchen.

3. What was the first car you owned? It was a Chevy Impala. It died a horrible death from flames. It was a drive-in sex-alcohol-cigarette scenario. RIP.

4. Tell us about a crush or relationship that you had at high school. Lots. One crush was on (really) twins. I was hired to DJ at that classes 15th reunion (I transferred after my first year). I told the story on mike. One of the sisters came up to me and said, “You had a crush on me? I don’t remember you.” A Kodak moment for sure.

5. Have you ever had an “enemy” in your life? Nope. Just bosses I did not care for, but not enemies. Although a couple felt so at the time.

6. What were you doing the first night that you got drunk? I had a first date 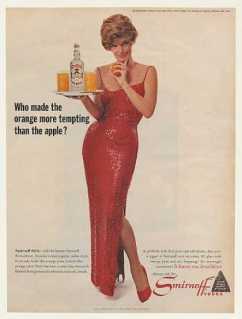 with “Nancy”. I had wanted to ask her out for a while, but I was always seeing someone else. Finally unattached, I asked her to a party. Even though I did not drink, she was upset there was alcohol at the party and insisted that I take her home. I had never had anything against drinking, but usually everyone drank beer which I hate to this day. (Don’t tell me about the irony of my WTIT DJ name, I get it.) After dropping her off I was offered a Smirnoff with OJ, a “screwdriver” if you will. Smirnoff and I formed a long lasting relationship that night.

7. Ten years ago, what was you job and did you like it? I was in marketing at a Fortune 500 company and I loved it. Although, I do like what I’m doing now better.

8. What movie had the biggest impact on you as a child and why? The Wizard of Oz. How we looked forward to that once a year event. Even my folks were psyched. Popcorn and the whole 9 yards. If I only had a brain…

9. What are your plans for this weekend? Christmas is today at the Weiser home. My daughter Heather. Her husband and my granddaughters Lindsay and Lauren will be here along with my son Ben, wife Maria and my youngest granddaughter Zoey will be here. We’re back with Stealing.

We’re glad that you stopped by.

WTIT: The Blog will return tomorrow

with
Judd Corizan and his harmonica.

Join us for Sunday Stealing!