Posted by Bud Weiser on December 19, 2011
Posted in: sunday stealing. Leave a comment

Welcome again to Stealing which we bring you weekly on The WTIT Blog. We have gotten really good at just stealing a meme from someone else’s post. (You can play meme with Judd and the official Sunday Stealing meme.) Today we ripped this off a blogger named Tom Baker from the blog Morning Erection. (Tom points out that you shouldn’t read much into his blog’s name. It’s a great blog.) This is an original meme and it’s very first time posted. Tom asked us to rip it off and of course we are grateful! Let’s go!

1. As a blogger, what do you draw inspirations from for your posts? Originally, this blog was set up to tell the stories of a group of friends that started WTIT Tape Radio at age 15 in 1967. Since WTIT lasted throughout our lives, the tales of girlfriends, prom dates, school, college, marriages, children and now divorces, remarriages and grandchildren. While the cast has changes throughout the years, the point was these guys were my best friends. Our 2011 photo was taken at my 260th birthday party and it included both current and past WTIT DJs. However, after I told all the stories, we morphed into a meme blog where I can stretch my comedy writing legs. 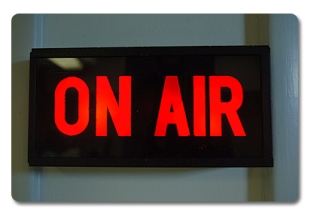 2. If you could swap blogs with another blogger for a post, who would you switch with and why? Only with another Tape Radio blog. And while I’ve found evidence of many Tape Radio stations (even two called WTIT) most last less than a year and were a college thing.

3. If your blog had a theme song, what would it be? Why? The Boys Are Back in Town by Thin Lizzy. I always love to open a Tape Radio show with it when it had been a long time between recording sessions. 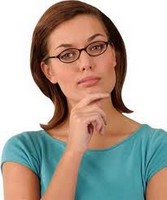 4. What is your writing process for a post? Now, I answer meme question. They post, I respond.

5. Your blog requires a cute, new, mascot – what would it be? Judd Corizan. He a multifunctional avatar.

6. Do you feel you express your “true self” on your blog? Oh yes. The “Bud Weiser” character is an exaggeration of me, but it’s close. The biggest difference is the morality. In real life, I am a much more honorable man than the guy I play here.

7. What is your biggest online pet-peeve? The use of BOTH word verification and author approval. I find either irritating. But if you are doing moderation, why must I fucking type the letters? It’s redundancy in its purist form.

8. If you could live in a fictional universe, where would you live? Why? Star Trek. Gene Roddenberry’s take on the future is incredibly optimistic.

9. You’re having a bad day, you’re upset, you’re angry, or you’re sad – what is your go-to comfort? Smirnoff on the rocks.

10. What is your favorite inspirational quote? “No problem is too big, too complicated or too complex that it can’t be run away from.” I used it as my sign off during my entire broadcast career, but it started around 1968 on WTIT.

11. If they were to make a movie based on your life, who would play you, your leading lady/man, your best friend, and your rival? Not that I look anything like him, but George Clooney persona is similar to me. Brad Pitt plays so well off him, he’s be whichever “best friend” was being portrayed. Charlize Theron would play Kathy (she chose it) and I really don’t have rivals. But Mel Gibson could play the bad, bigoted asshole.

12. Do you think the world is going to end in 2012? Really, Tom? You’re giving those nut jobs even this much credit. I and my fiancée are buying a house next month in 2012 and we will be getting married in the fall. That’s reality.

13. If you could change anything about yourself, what would it be? I would be more humble. But when you are as great as I am, it’s hard to be humble.

14. What is your favorite season and why? Summertime cuz the living is easy.

15. You’ve been bitten by a vampire. Would you fight it with all your undead being or would you embrace it for all it is worth? I’ll throw this in with the end of the world question. I watch the Twilight films, but I don’t live in them.

16. Have you personally met any of your blogger friends? Yes. My favorite is my “sis” Jodi from the blog Moody Blue. I’ve met others, some even took relationship twists. But other than the one I call The Dragon Lady, everyone I’ve met has been great.

17. What does your favorite pair of underwear look like? Underwear. 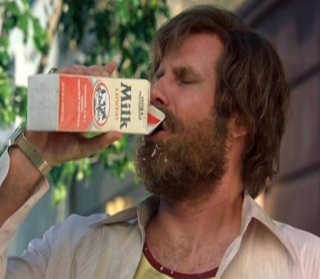 18. Have you ever drank something right from the container in the refrigerator knowing other people will have to drink out of the same container later? Not intentionally. But I lived alone for a great deal of my life so shit happens.

19. What is your favorite word and explain why? Gongerling. It can mean whatever I want it to since I made the word up and used it in many a WTIT comedy bit.

20. 2011 is soon coming to a close, is there anything you’d like to do different on your blog in the year 2012? I think this blog and blogs in generally are moving to extinction. People seem to get more into the quickness of social media and I’ve followed suit. Also, since what I do is answer memes and so many have been discontinued I’m losing interest. I’ve tried to launch many meme blogs and most were very successful. But ultimately they were too much work. I’m cool with writing Saturday 9 and Stealing, but it ends there. I do have turn key meme blogs ready to go, but I’ve not actively looked for authors. Again, it’s too much work.