Saturday 9: I Will Survive

1. What in the 2011 has proved to you that you are a survivor? 2011 certainly handed me challenges in both my health and personal life. Two major surgeries to correct damage from a February 2010 fall were successful. The hard part was that it took a year and a half and two separate doctors to get me better. The successful outcomes in better have left me soon to be a homeowner and a husband in 2012. I had to give up the French twins, however. They said, “You didn’t stop our threesomes when you were with The Dragon Lady, what’s different?”

2. Have you ever stayed online for a very long time waiting for someone? No. If someone is that important, and you do not have another way of communicating, what are you doing exactly? And if one or both of you are married, then its both stupid and sophomoric. 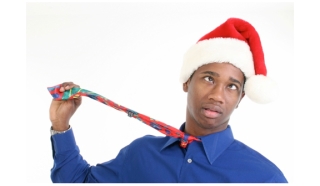 3. Are REALLY ready for the holidays? Can you ever be sure until New Years? You never know what’s coming. No, I did NOT mean it that way. Can’t you see how I’m fucking cleaning up my act now that I have a fiancée. Okay, I can’t clean up my act. She knows it. Shit the twins just texted me. I’m going over. What’s one more slight diversion?

5. What niche network do you watch the most? Animal Planet and NatGeo. I’m hooked on animal shows. My dad and I watched shows like Mutual of Omaha’s Wild Kingdom when I was growing up.

6. Have you ever seen the ocean? Yes, but has it ever seen me? Ah, there’s the rub. (I know I’m not making a great deal of sense. But this is a comedy blog and I’m not particularly funny today.)

7. Have you ever been hospitalized? Nah, I’ve lied about nine spine surgeries.

8. What do you think of the US Republican candidates for president? I think this field is terrific. Could they be a funnier bunch of complete liars and morons? Don’t get me wrong, I hate what Obama has become. I voted for a liberal and got George W. Bush’s third term. I have written in this space that Obama could only be reelected if Palin was nominated. Now I think only Mitt Romney could beat him. But the wackos in the Tea Party should ensure Obama’s second term.

9. Could you imagine life without a computer? I remember it. Life was totally different. But returning to that? No, I cannot imagine that. We’re back with Stealing.

We’re glad that you stopped by.
Enjoy your weekend.
WTIT: The Blog will return tomorrow
withJudd Corizan and his Band
joinedby The Imaginary Friends
of Charlie Sheen.
Join us for Sunday Stealing!
Same time. Same blog.