Welcome again to Stealing which we bring you weekly on The WTIT Blog. We have gotten really good at just stealing a meme from someone else’s post. (You can play meme with Judd and the official Sunday Stealing meme.) Today we ripped this off a from a  a blogger and blog called BlueLifeMemories. It’s long so we will do it in two parts. She states she stole it from a friend, but did not say which friend. But, it was probably stolen there as well. So, of course, that will be as far as we go. Tracing back our theft’s thieves might take some time. Let’s go!

1) If the whole world were listening to you right now, what would you say? “All we are saying is give peace a chance.”

2) If you could meet anyone on this earth, who would it be? Paul McCartney. I know, you are sensing a pattern.

3) You just got a free plane ticket to anywhere. You have to depart right now. Where are you gonna go? San Diego to visit me son James. He’s the song writer and guitar master in the band So Long Davey. Check out their cover of Idol’s White Wedding. He’s lived there for 6 years and I’ve yet to go…

4) What do you think about most? Sex. I know I’m a guy and this is a cliché, but it is the truth.

5) You have the opportunity to spend a romantic night with the music celebrity of your choice. Who would it be? Jill Hennessy. I know she’s an actress, but she has a hit CD Ghost in My Head. So, she does count.

6) You can erase any horrible experience from your past. What will it be? Marriages come to mind.

7) What’s your strangest talent? X-ray vision. Hey! It’s time for you to get new underwear!

8) What would be a question you’d be afraid to tell the truth on? Nothing that I care to share in a fucking meme.

9) Ever had a poem or song written about you? Nope. But I have written the lyrics to two songs. They will be hits. Someday…

10) When is the last time you played the air guitar? I’m doing it now!

11) Do you have any strange phobias? Nope, just the usual suspects. 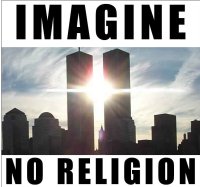 12) What’s your religion? None of the above. I think it’s a lot more important being the best person you can be to benefit friends and family. I don’t waste a second wondering what some god would want me to do. I mean for real, a southern minister barred interracial couple from singing in church. Of course he was removed, but can you believe the ignorance? Imagine no religion, it’s easy if you try. No hell below us. Above us only sky.

3) What is your current desktop picture? WTIT’s 2011 picture.

14) When you are outside, what are you most likely doing? Threesomes.

15) What’s the last song you listened to? He’s Not Heavy/You’ve Got a Friend by The Persuasions. THE best soul acapella band ever.

16) Simple but extremely complex. Favorite band? The Beatles. There is no other choice if you know the slightest bit about rock ‘n roll. That’s not fair. But you gotta know that everything that has come since The Beatles has been influenced by the boys from Liverpool.

18) Do you believe in karma? Instant Karma’s gonna get you. So, yes. I think.

20) What is your greatest weakness; your greatest strength? My limitations due to 9 spine surgeries are my weakness. Being a good friend, dad and lover is my strength.

21) Who is your celebrity crush? Hi Jill! Twice in the same fucking meme! (Love the hat.)

22) How do you vent your anger? I really can be a pain in the ass. I’m a work in progress still, after all these years.

23) Give me the first thing that comes to mind when you hear the word: heart. Medications. Lots of medications.

24) Do you have a collection of anything? I have every Star Trek novel from after the cancellation of the original series until the start of The Next Generation. I am most proud of my LP collection.

25) What is your favorite word? Gongerling. It means a ton of things.