Beam Me Up O’Brien 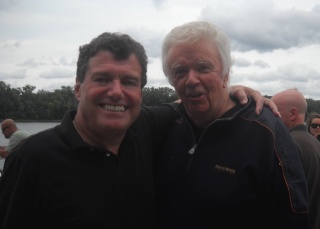 1. Who was favorite DJ and what radio station did you listen to as a kid? WDRC (Hartford) was my station. Mornings were Ron Landry, middays with Jim Nettleman, afternoons with Long John Wade and my fave nights with Dick Robinson. Dick Robinson. I was lucky to work for him at the CT School of Broadcasting and later in sales we got to know each other well. I hired his daughter at her first radio job. This pic was from the last time we were together celebrating 50 years of rock at WDRC. 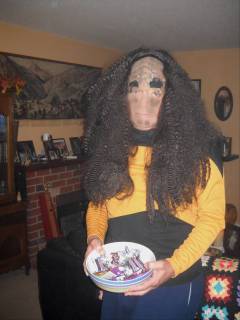 2. What has been the weirdest thing you have worn in public? My Worf costume is rather strange.

3. What was the best part of last weekend? The time that I spent with my GF.

4. What was the most effective punishment for you as a kid? No TV worked well. I have always been a TV guy.

5. Would you lie to your significant other to not hurt their feelings? Of course. And I expect the same. Who needs to hurt someone unless it was really important? 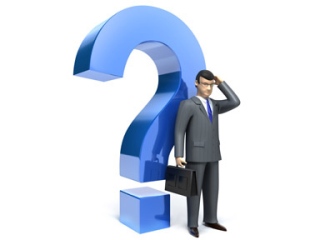 6. We’re taking you order for breakfast. What would you like? A different question. 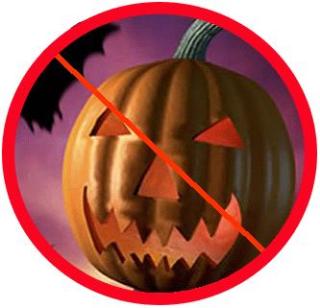 7. Do you celebrate Halloween? If yes, do tell. If no, why not? No. I don’t get kids here and I moved here in time for Halloween 2004. My GF lived here last year and bought lots of candy. She thought her love of Halloween would bring kids here. I actually went and put my Worf costume on for comic relief. She was shocked no kids came.

8. Do you hand out candy to the neighborhood kids? Oops. Been there, done that.

9. What’s the favorite age you’ve been, so far? I tend to live in the present. My days at The Dialtone as a nightclub DJ were pretty spectacular. We’re back with Stealing.

We’re glad that you stopped by.
Enjoy your weekend.
WTIT: The Blog will return tomorrow with
Judd Corizan and his Band joined
by The All Very Intense Chimp Choir!
Join us for Sunday Stealing!
Same time. Same blog.

5 comments on “Beam Me Up O’Brien”