Saturday 9: Someday We’ll Be Together

reason was that she wanted kids and I had mine. The weird thing was that she didn’t have and motherly instincts at all. I remember one time watching her with a friends kids. She was awkward as hell. On our way home she said, “See how great I am with kids?” I was almost in shock. I had never seen a woman less adapted to kids. Before then, after then…I mean ever. So, trust me that I was not surprised when I ran into her a few years ago that she never married or had kids.

2. Are there things that you hate to buy? Items that you either hate to spend perfectly good money on or hate to spend the time it takes to buy them? I hate grocery shopping. So I do it online. But I still postpone it. Some people say there’s a woman to blame. But I know it’s my own damned fault. 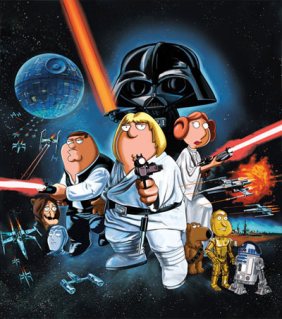 3. What is your favorite cartoon show and why? Family Guy. A while ago when Kathy and I came home there was a blackout. I turned my laptop and went to Hulu to watch a show. I always say I hate adult cartoon shows. But when we turned it on. I loved it! But as the show started the cartoon family was in a blackout. It was also a Star Wars spoof. It was love at first sight. Oh, and as soon as that episode ended, the power came back on. But, I did love the show.

4. Are you anywhere close to doing what you wanted to do as a kid? No. I wanted to be a DJ. I got sidetracked for a variety of reasons. But as a kid? I became Bud Weiser around 10. It wasn’t till later in life that I realize that I got sidetracked along the way. I wanna own a fucking internet radio station. I miss being a DJ. Even more so,  I miss programing the music. I’ve come up with a great playlist for my 260th Birthday Party. I’m not sure who is on that list.

5. Now that you’re in the “real world,” is your current job now really what you want to do for a living? If not, what would you ultimately like to do? I love my job saving my New England natives from Massachusetts from sobriety.

6. A local university has asked you to teach a class about the one thing you know the most about. What would you be teaching and what would the name of the course be? Radio 101. I could explain the important radio stuff. Such as never believe it when people say they are fans. And if your bosses are praising you they have an agenda. Figure it out.

7. Commercials … they can make us laugh or can annoy the heck out of us. Tell us about your favorite commercial and/or a commercial you simple loathe. I love every commercial that Diageo does.

8. Tell us about your favorite comedy movie of all time. This has been a “MOST REPEATED” question in a meme. This time I will go with Same Time Next Year. Alda in movies was at his best just acting. Although in M*A*S*H his control was totally the reason that the show lasted 11 years. But Alan and Ellen Burstyn with his focus on acting, In my opinion it’s his signature movie role.

9. Tell us about your favorite black and white movie of all time. Gees. This is easy. (No not because I am involved in Saturday 9 publishing.) Casablanca is my fave of all time, in any color. If you never seen it, shame on you. Sam, much better than last week. I thought we shoulda stopped posting ever. We’re back with Stealing.

We’re glad that you stopped by.
Enjoy your weekend.
WTIT: The Blog will return tomorrow with
Judd Corizan and his Band helping me
Perform my 260th birthday playlist.
It has to be perfecto. As in the old days,
I was the last DJ, after all.
Join us for Sunday Stealing!
Same time. Same blog.