W.T.F. Wednesday: It’s My Birthday & I’ll Ask Stupid Questions If I Want To

1) Today (Sept. 28) is National Ask A Stupid Question Day. What is the stupidest question you’ve been asked lately? (Feel free to include one of my meme questions if you so choose. I can handle it.) It has been like mid August temp wise here. I think all of us collectively asking each other if it’s “hot enough” enough for each other is fucktardian.

2) When someone says “We need to talk” to you, what is usually the first thing that runs through your mind? “This can’t be good”. Although, I did get a surprise once. A radio station that I was working at was sold. The radio station called a 4 PM meeting and as you entered the building you were told to either go to the conference room or the sales meeting room. As it turned out, I was sent to the sales 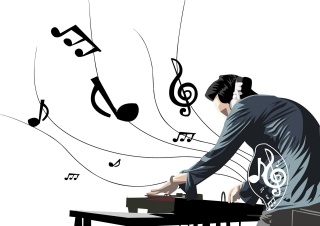 room. Good thing, too. Everyone in the conference room was fired. The new owners decided to change our format from adult contemporary to alternative rock. So it was the DJs, program and promotion people that were gone. The sales staff was theoretically staying, but I was worried. I was the oldest sales person and this was now a 18-34 year-old listener rock station. Not that I didn’t know the music, I did. But who in management would know that?

The next day my sales manager announced his last day was Friday. I went home that night sure that I would be the next to go. After our sales meeting the next day, the General Manager’s assistant told me he wanted to see me. Now, I had worked at this station three years. My longest conversation with the GM was, “Hey Al. How’s it going?” The worst aspect of this was if you work in radio you have been fired before. The person doing the firing goes into this long boring story on how sorry he is, blah, blah, blah. 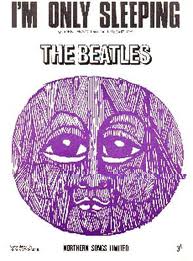 As the GM started he asked me to sit, but as he spoke I just tuned him out. I was thinking, “I’ll go straight to the unemployment office, then call other radio stations.” The GM was twenty-minutes into his speech and I hadn’t heard a thing. “Do it!” I yelled in my head, “And let me get out of here!” Then it got strange. I asked him to repeat his last sentence. He said, “That’s why I am promoting you to Sales Manager.” I had to fess up. “Al I have not heard a word you said. I thought I was being fired.” Al let out a laugh and asked, “Where should I start?” I looked at Al very seriously, “From the ‘Bud have a seat’ part.”

3) If someone rearranged your living room, what is the first thing you would look for? Someone did. When Kathy moved in she rearranged it so the living room and dining room were more separate. When she left I moved it back. Her idea was fine, but the rooms she created weren’t big enough for her concept. When we got back together, she could understand why I changed it back.

4) With my birthday this week, I received many emails from various companies offering me free food or other free little gifts. What’s something you’d love to get free for your birthday? Sex, drugs and rock ‘n roll.

5) You have a minor car wreck and are not injured, but a lawyer says you can sue because it was the other person’s fault. Do you sue? Only if I needed to cover some legitiment fucking expenses.

6) A cracked.com writer recently wrote an article listing “5 ways you know it’s time to get married.” What advice would you give someone wondering if he/she was ready to get married? Don’t.

7) Now that it is officially autumn, what is your favorite color of fall leaf? Gongerling.

8) Do you remember ever raking up leaves and jumping into a pile of them? Since I’ve lived in apartments or condos since 1997, not so much.

9) In general, do you find yourself more attracted to people with similar or different interests, life experiences, political beliefs, and religious backgrounds?

The younger that you are the more you look for that mirror image of yourself. The older you get, you enjoy the differences between your “comfort ground” and those of people that you encounter.

10) What works best for you on a sad day? Hot and nasty sex. Or even cold sex, for that matter.

That’s that for a Hump day.
We will return with something
equally fucktardian.
WTIT: The Blog will be back.
Whether you are ready or not.
Same time. Same blog.