You Make Me Cumpletely Miserable

W.T.F. Friday: Shooting Marshmallows While Living in a Zoo

Just a quick note from Jennifer, our hostess: I want to thank my boyfriend for helping me write some of these questions. After a crappy day, I really needed help with questions … 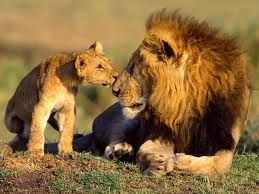 1) If you were forced to live for a year in a shopping mall, a museum, or a zoo, which would you choose and why? I just love it when the first question’s an easy one. I am a NatGeo and Animal Planet junkie. So, zoo it is. Can we make it almost like a game reserve? I hate animals in confined spaces. Except, of course women, who behave like animals.

2) If there was a male version of Victoria’s Secret, what would you think it should be called? Bubba’s Best for the Well Hung.

3) My boyfriend says he wants Weezer’s song Death and Destruction played at our wedding. What would be a song you’d never expect to hear played at a wedding? Completely Miserable by Lit.

4) If your brain worked like a cell phone and could have applications, what three apps would you most want to be able to run inside your head? Victoria’s Secret, Nightly News and ESPN.

5) You’re feeling the desire to act like a kid again and you’ve been challenged to a “gun” fight. Which do you choose — a water gun, a Nerf ball gun, or a gun that shoots marshmallows? A water gun. It’s more like a wet tee shirt contest.

6) What is your opinion of pet cemeteries? Stupid to the point of hurting my head thinking about it.

8) How much money would a company have to offer you for you to agree to cover your personal car in an advertisement? I’d say anything that would cover my payment and my gas would be cool.

9) If you suddenly found yourself living in a country (like North Korea) that is hated by pretty much the rest of the world, would you try to move or stay where you are and hope things get better? What? Hope shit gets better? Politically Incorrect Alert! Are you on drugs or just retarded? I mean how would anyone stay on the hope that Won Wacked Fucface would get kinder?

10) If you could choose between being invisible or being able to fly, which of these two superpowers would you choose? You’d learn a lot more with invisibility. And I could sneak over and watch you and your boyfriend not do oral. We’re back with Crazy Sam. Join us.

2 comments on “You Make Me Cumpletely Miserable”