W.T.F. Friday: Somewhere a Duck is Watching You Reward Yourself

1) A magazine, newspaper, or website just offered to give you your own advice column. In what area of life do you advise people, and what is your column called? Funny that you ask. I do a feature (that I admit is long overdue for a return) where I respond to my reader’s questions. I call it Just the Facts. Here’s an example:

I just wanna know what those girls wer

e doing laying in a circle, and why I wasn’t invited. Hon, there’s always room for another naked woman. Truly it does inspire..
If I’d have ever heard that Bee Gees [Disco Christmas] record then that might have well been my answer too (similarly if I’d seen Debbie Does Santa). Since I

made up both the movie & the song, I don’t think the odds are very good.
“Bend over and grab your ankles.” I like that. Great! Can you be here by eight? Oh, and bring dinner.
i thought the twins

were blond? they look great with dark hair! I know this is my fault. Blond, or brunette? The secret is they are really bald. Shhhh.
What would I do without you? What have you done with me? 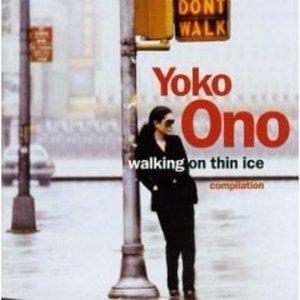 2) If your favorite celebrity endorses a product, are you more likely to buy whatever it is? As everyone knows, I love everything Beatles. So much so, I bought Yoko’s first album and tried to convince myself that it was really good. A neighbor knocked on my door. She asked what the hell I was listening to. I told her. She laughed so hard that she fell down.

3) In what way do you reward yourself for your accomplishments? I don’t generally have

to reward myself, I let my neighbors the French twins, do that. You have no idea how good an award can be until French twins reward you.

5) On ABC Family’s show “State of Georgia,” a man is seen sliding down a department store’s escalator while wearing lingerie. What is the

weirdest thing you’ve seen in a store? I’m in liquor stores all day so I see weirdness every minute. I think the scariest was watching a school bus drive up to a liquor store and the driver get out and buy nips. If the bus weren’t empty I would have taken down the plate and dialed 911.

6) If you owned an airplane that can do skywriting, what message would it write across the sky today? Fuck the Tea Party. 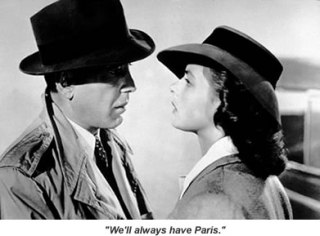 7) What is one of your favorite lines from a recent movie? “We’ll always have Paris.” What? I swore it was a recent movie. 60 years? Who knew?

8) Anatidaephobia is the fear that somewhere, somehow, a duck is watching you because of something you once did to a duck. Are you ever afraid that you’re being watched? I know I’m being watched. But, when you are as great as I am, you’ve got to expect exes never getting over you.

9) What are some things people should never do in public? I think the site People of Wal*Mart sums it up.

10) What is something you’ve never seen in a vending machine that you wish you could buy out of one? Parachutes. You never know when you’re gonna run into a cliff. We’re back with Crazy Sam. Join us.

4 comments on “Walking On Thin Ice”