The Naked & The Nasty

Welcome to the W.T.F. meme. BPD in OKC decided to jump into the deep end of the meme pool. This three day (Wednesday, Thursday & Friday) meme is quite the undertaking. She does a great job with it.

W.T.F. Friday: Getting a Little Freaky on Friday

1) What is the grossest thing you’ve ever done in public? 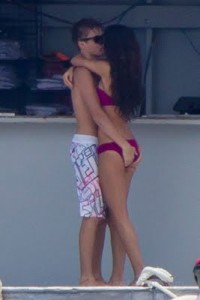 I was about to say that I could not think of a fucking thing. But then it all came back to me. I’ve PDA’d. (Public Display of Affection) A few times with a few woman we’ve been told to get a room. It’s not my thing, but it usually happens on a first night of meeting someone and with a ton of alcohol involved. Once it got so out of hand the woman started getting under the table. As much as I love it, I can’t get drunk enough to have a woman blow me in public.

2) Over the weekend, a large amount of people in my area lost electricity for an entire afternoon (with temperatures around 100 degrees). What things do you like to do when your electricity goes out? My best story is when my last ex and I got home to no power. She asked if my

laptop was charged. It was. She introduced me to Family Guy on Hulu.com. It was a two hour special. The weird part is that the episode was about a power outage. My laptop died just as the show ended. I asked, “What now?” as the lights came on. A bit weird, but in a good way. And for those who read my usual garbage and are shocked that I did not tell a blackout sex story, relax. I’ve got those, too. Just not today.

3) Deep-Fried Kool-Aid Balls were recently introduced at the San Diego County Fair. I thought deep-fried Twinkies and Snickers were

bad enough, but frying Kool-Aid is just plain insane (in my opinion). What is something you’d like to see deep-fried? John Boehner. He is on the wrong side of every issue (which is hard to do) and owes everything to the 1% of zillionaires who don’t pay taxes. He is despicable.

4) If you were asked to house-sit for a really good friend and you found a bloody knife hidden underneath the friend’s stairs, what would you do? This is a stretch even for this meme. I think I’d contact my friend for starters. I mean it’s just irresponsible to off someone and not clean up after yourself.

5) “Big Brother (U.S.)” premiered Thursday night. Would you ever live in a house that is filmed 24/7 for a television show in order for a chance at winning money?Yes. But I was on radio and TV for years and wouldn’t mind the camera. I have no idea what Big Brother is since I hate every reality show except American Idol. My ex watched Wife Swap. I’d be in my adjacent WTIT Studio and put on headphones because I found it so moronic. I could not do a moronic reality show.

6) If your navel suddenly became a dispenser for some condiment, what condiment would you like to dispense out your belly button? (This was really a question discussed at my office last week.) I am thrilled that I do not work in your office. Belly button condiments? Get the fuck back to work. 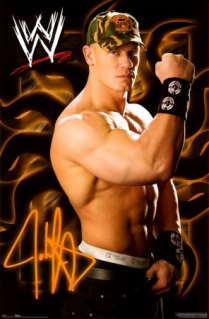 7) If you were a professional wrestler, what would your name be? Moving on now from idiotic reality shows to idiotic scripted make believe sporting events. I cannot take this shit. I cannot believe anybody’s mind works like this. Since BPD in OKC never visits her player’s blogs I can rag on her. Don’t get me wrong. I love this meme because of the stupidity of the questions. And as I said to Stacy Ann, I don’t have anything to do with it. Oh, back to the name thing. Buffalo Bud Weiser has a nice ring to it.

8) Finish this sentence: If my life is a TV channel, I’m currently on … another planet. Who pays attention to networks anymore? I just look up the show’s name on Tivo. For instance, if I were to name a favorite show of mine, say

9) Saturday (July 10th) is National Teddy Bear Picnic Day (Seriously. Once again, I can’t make this stuff up.) Do you remember any specific stuffed animals

from your childhood that you really loved? Only one. I had an elephant named Dumbo when I was very little. By age 7 I found sports. I’d rather play baseball than anything else after that.

10) What cartoon character best represents your personal philosophy? Explain your answer. Dilbert. Nothing on the corporate level makes any sense. It is so well written I read it almost everday. I mean after the sports page, of course.

11) A recent study by the Kinsey Institute at Indiana University shows that contrary to stereotypes, acts of tenderness such as kissing, caressing and cuddling were more important to males than females in predicting relationship happiness. Are you a cuddler or more of a hands-off person? Wow. I’m not sure what a hands-off-person even is. Given this a bit of thought, it depends on the relationship. With some it was wham-bam-thank-you-ma’am. Other woman I could lay in bed and talk with for hours. We’re back with Crazy Sam. Join us.